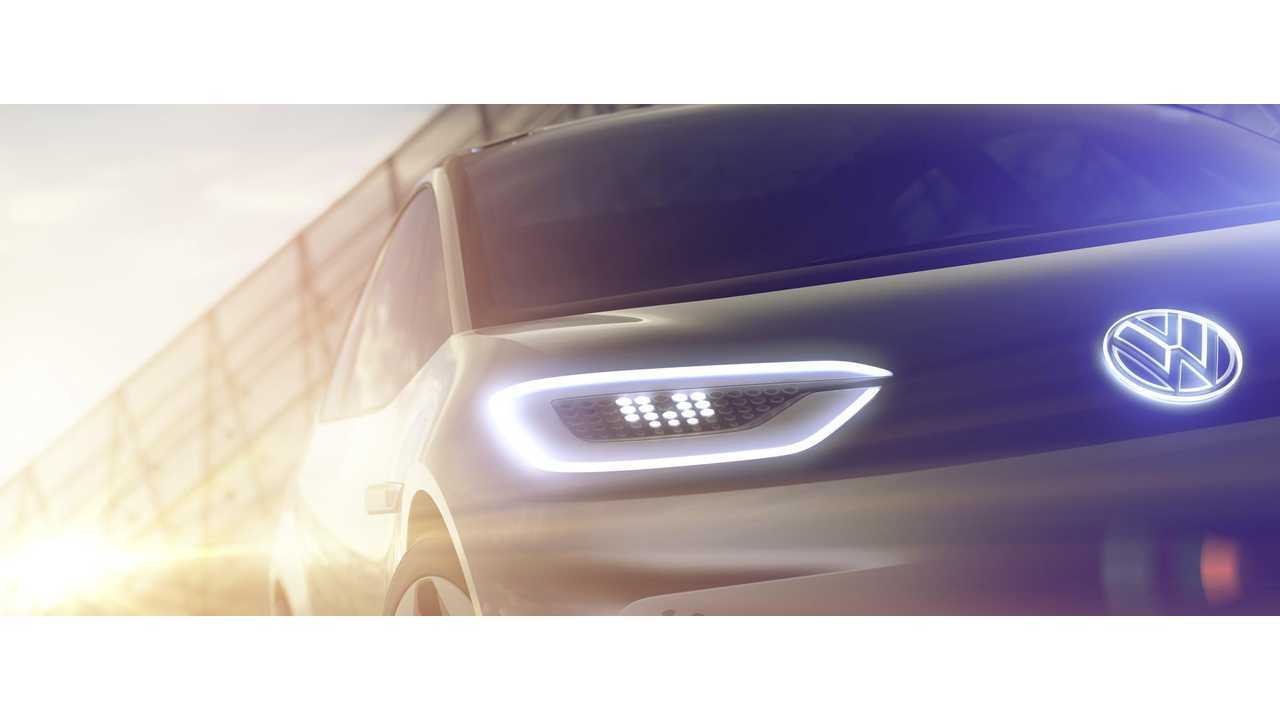 Volkswagen's new all-electric concept, around the size of a Golf, with an interior the size of a Passat is to be unveiled at the 2016 Paris Motor Show.

The EV is expected to hit the market around 2019 and offer a much longer range than anything VW offers today, thanks to the company's new modular electrification kit (MEB), that we have seen house as much as 101 kWh in the past (via the BUDD-e concept).

The German manufacturer released a few first images ahead of its presentation of  "An electric car for a new era - Think New."

Wolfsburg, 16 September 2016 – The presence of Volkswagen at this year’s Paris Motor Show (1 to 16 October) is all about “Think New.”  In presenting the world premiere of an iconic design study, Volkswagen introduces a new ambassador to the automotive world.

This one-of-a-kind concept car signals the Volkswagen brand’s entry into a new era. The vehicle is as revolutionary as the Beetle was seven decades ago, before it evolved into the world’s best-selling car of the last century. This car, too, has the potential to make history with its completely new vehicle concept. The production vehicle which follows will be the first Volkswagen to enter the market based on the new modular electrification kit (MEB).

Volkswagen teases some first images of its new, long range all-electric car to arrive in ~2019