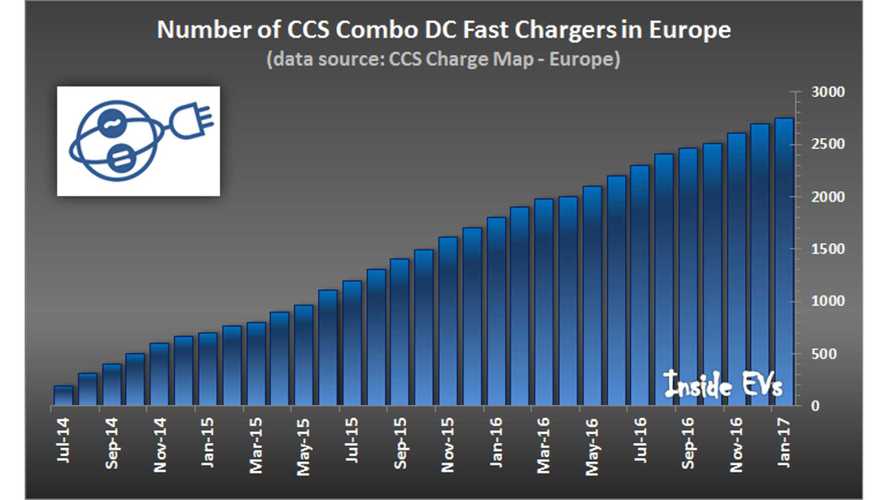 The number of CCS Combo DC fast charger locations installed in Europe has increased to 2,750 to kick off 2017, according to CCS Charge Map.

The pace of new installations in the past six months (+550) is now more than 90 new chargers a month.

Looking forward, we already know that 400 more stations will be build in 2017 for one network...and that network will consist of ALL 350 kW charging stations, so progress is really accelerating now, paving the way for true EV adoption in the region.

Top five countries in Europe has 70% of all CCS Combo chargers, while two about 40%: