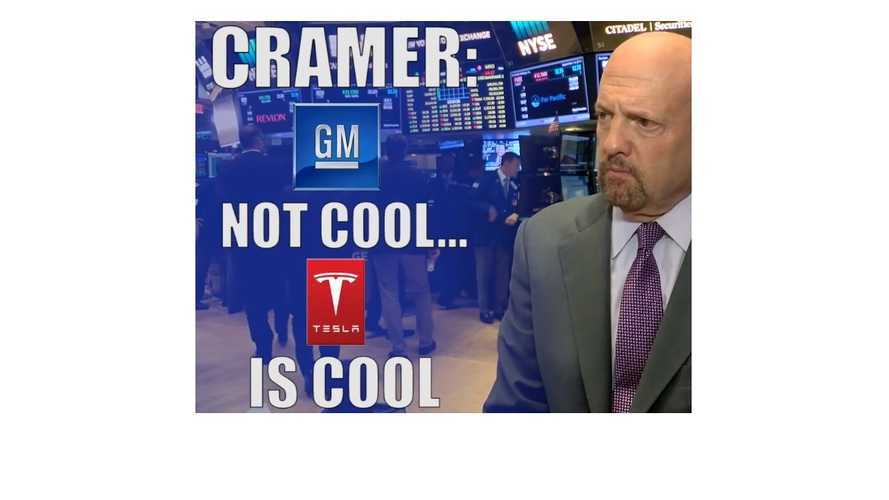 The newly rated, 238 mile all-electric Chevrolet Bolt EV made its first (and only) East Coast appearance on The Street this week (see their quick review below); and as a follow-up, market commentator/entertainer Jim Cramer was asked if GM's long range EV moves the needle for GM.

"No. One of the things that people need to recognize is that these are big worldwide companies that are impacted by big secular trends, people are very worried about driver-less cars, they are very worried about the fact that younger people don't seem to be buying the cars like they used to...my problem with GM, is that its not cool, it's not - and Tesla's cool, and that is a very hard thing to factor in."

However, we tend to disagree that the Bolt EV won't impact GM's "cool" factor (it can only go up) and possibly improve the image of the entire brand overall to some degree - which may ultimately start to move the needle; especially given that something as simple as the car's range announcement here at InsideEVs generated more than 500 comments alone - far more than any previous GM-related story, and equal to many other Tesla events of significance. So, people are taking notice of the Bolt EV.

How much, and how far the Chevrolet Bolt EV can lift GM?  That is debatable. But we would suggest it is a good first step, and probably GM's most significant one when it comes to its electrification of the automobile to date.