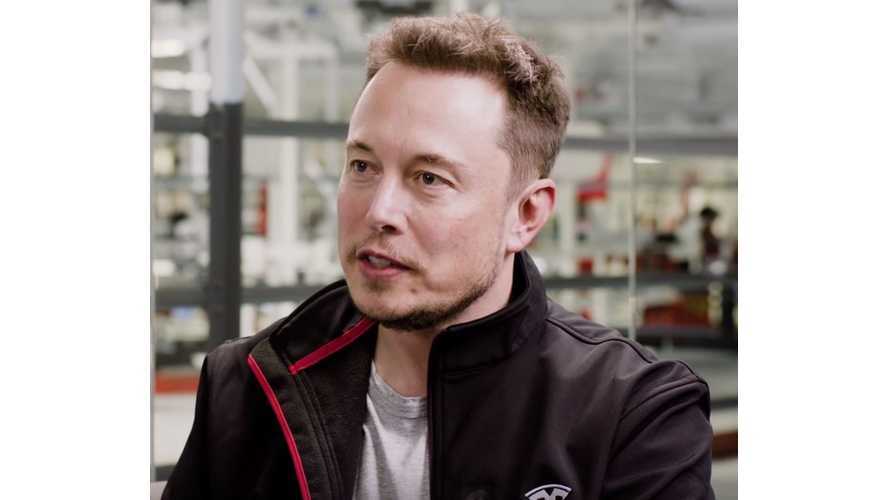 Y Combinator, a company with a reputation for helping start ups, sent Sam Altman to Fremont to have a talk with Elon Musk. An obviously tired and somewhat disheveled Musk, comfy in his track suit, shares how he thinks young people can improve the world.

Altman asks Musk how can one become the next Elon Musk. The intriguing talk goes on to touch base on artificial intelligence, genetics, and space colonization.

However, the most compelling statement by Musk involves the speed of the Tesla assembly line. He admits that, in comparison, the company's line is very slow. It doesn't matter if cells leave the Gigafactory as fast as "bullets from a machine gun", if the production line can't keep up.

The two are sitting in the Fremont factory in plain view of the production area. Altman notes that it is amazing to see the automation. Musk explains that the Gigafactory, and the "soon to be" Model 3 line are more automated. The conversation continues:

Altman: What’s the speed on the line of these cars?

Musk: Actually our speed on the line is incredibly slow. In terms of the extra velocity of vehicles on the line ... including both X an S, it’s maybe five centimeters per second. This is very slow.

Altman: And what would you like to get to?

Musk: I’m confident we can get to at least one meter per second. So, a twenty-fold increase.

Going from the current 2,000 or so vehicles a week to the minimum necessary 10,000  would only be a five-fold increase. Is Musk saying that Tesla will reach 40,000 vehicles a week (over 2 million a year) at some point in the near future? This would be monumental.