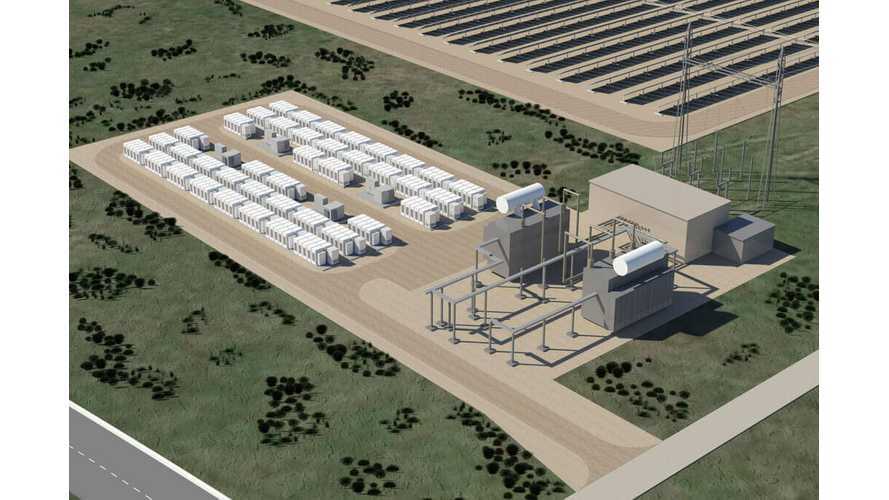 By the end of this year, Tesla Motors will launch what it calls "the largest lithium ion battery storage project in the world"  in California.

According to press release (fully attached below) Tesla won the contract through competitive process.

Huge production capacity at Gigafactory will enable the company to manufacture all the batteries within three month's time - which is still not too much for this early stage of Tesla Gigafactory, but a "feather in the cap" on the achievement of producing largest ESS in the world.

Each Powerpack is rated at about 100 kWh of storage, so some 800 will be required to complete the project.  The raw cost of each unit via Tesla's "Build your Powerpack System" app, shows pricing of $44,500 per unit...but we suspect Southern Cal got more than a substantial discount in this case.

Last October, a catastrophic rupture in the Aliso Canyon natural gas reservoir caused a methane gas spill that displaced more than 8,000 Californians and released an unprecedented 1.6 million pounds of methane into the atmosphere. Today, the Aliso Canyon leak is considered the worst in U.S. history, with aggregate greenhouse gas emissions said to outweigh those of the 2010 Deepwater Horizon oil spill.

Following the disaster, authorities closed the Aliso Canyon facility, which had been feeding the network of natural gas peaker plants in the Los Angeles basin, deeming it unfit to store the fuel safely and environmentally.

One year later, Los Angeles is still in need of an electric energy solution that ensures reliability during peak times. As winter approaches, homes and buildings in the basin will need more natural gas for heat. These demands apply uncharacteristically high pressure to the energy system, exposing the Los Angeles basin to a heightened risk of rolling blackouts.

Following the leak, California Governor Jerry Brown issued a state of emergency, and in May, the California Public Utilities Commission mandated an accelerated procurement for energy storage. Southern California Edison, among other utilities, was directed to solicit a utility-scale storage solution that could be operational by December 31, 2016. Unlike traditional electric generators, batteries can be deployed quickly at scale and do not require any water or gas pipelines.

Last week, through a competitive process, Tesla was selected to provide a 20 MW/80 MWh Powerpack system at the Southern California Edison Mira Loma substation. Tesla was the only bidder awarded a utility-owned storage project out of the solicitation.

Upon completion, this system will be the largest lithium ion battery storage project in the world. When fully charged, this system will hold enough energy to power more than 2,500 households for a day or charge 1,000 Tesla vehicles.

Tesla's CEO introduces the world to the Powerpack last year

The Gigafactory's ability to produce at a large scale will allow this system to be manufactured, shipped, installed and commissioned in three months. The system will charge using electricity from the grid during off-peak hours and then deliver electricity during peak hours to help maintain the reliable operation of Southern California Edison's electrical infrastructure which feeds more than 15 million residents. By doing so, the Tesla Powerpack system will reduce the need for electricity generated by natural gas and further the advancement of a resilient and modern grid.

In order to achieve a sustainable energy future, one which has high penetration of solar and electric vehicles, the world needs a two-way, flexible electric grid. The electric power industry is the last great industry which has not seen the revolutionary effects of storage. Working in close collaboration with Southern California Edison, the Tesla Powerpack system will be a landmark project that truly heralds the new age of storage on the electric grid.