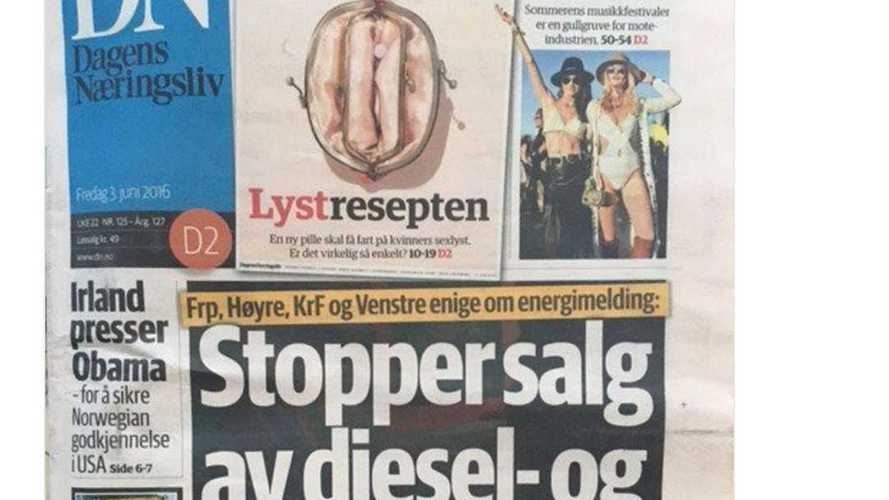 Tesla CEO Elon Musk sent out a Tweet to share with the world his happiness with the the governing bodies in Norway. Yes, Norway is set to ban any new sales of ICE cars starting in 2025. This is huge news for EV fans!

The Tweet is a picture of the front page of the, Dagens Naeringsliv, a Norwegian newspaper. It shows the headline:

"Just heard that Norway will ban sales of fuel cars by 2025. You guys Rock!!"

Four political parties have come to an agreement on the issue. It is not yet known if there was an official law or signed agreement that will set the plan in stone for 2025.

Norway tends to be very forward, setting the tone for other European countries. The country offers more substantial tax breaks for EVs than most countries, in hopes to persuade consumers to be environmentally conscious. Sales are up, however, little progress has been made thus far.

Only about 150,000 vehicles were sold in Norway last year and most were ICE vehicles.

The country recently drafted a National Transport Plan for 2018-2029. It was revealed to the public this spring. In the document a goal is specified for zero emissions by 2025. This matches with Norway's new plans, however, a simple "goal" verses a possible mandate/ban are very different.

It will be interesting to see if Norway actually makes this law and follows through with its enforcement. If so, it is likely that other countries will follow suit.