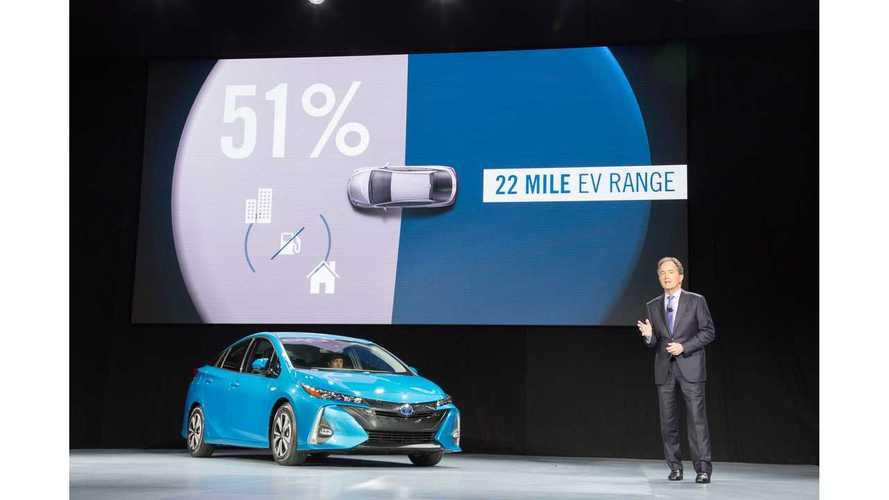 Toyota's chief engineer for the all-new Prius has lofty goals for the plug-in version of the car.

Koji Toyoshima, Prius chief engineer, says that his sights are set on the automaker selling 1 million units of the plug-in version (Prius Prime) over the vehicle's lifecycle. That's a lofty goal for sure, which was revealed in an interview with Reuters.

Reuters adds some sales background, which gives us some context as to why Toyotshima thinks Toyota can hit that target:

"Toyoshima referred to the sales rises as its "hop," "step" and "jump" phases."

"We need to see that kind of volume with the plug-in during the upcoming 'step' phase, as we did with the second-generation conventional Prius, to achieve the momentum to get to the 'jump' phase," he said."

To hit 1 million plug-in Prius sales in just one generation of the car, sales would need to be around 200,000 units per year. Perhaps a bit lower if the product cycle extends out beyond 5 years. That figure is probably not achievable, especially when one considers that Toyota sold only 75,000 units worldwide of the fit-gen plug-in Prius over its lifecycle, but still having that lofty goal will at least push Toyota to put in the marketing effort to get sales as high as possible...we hope.