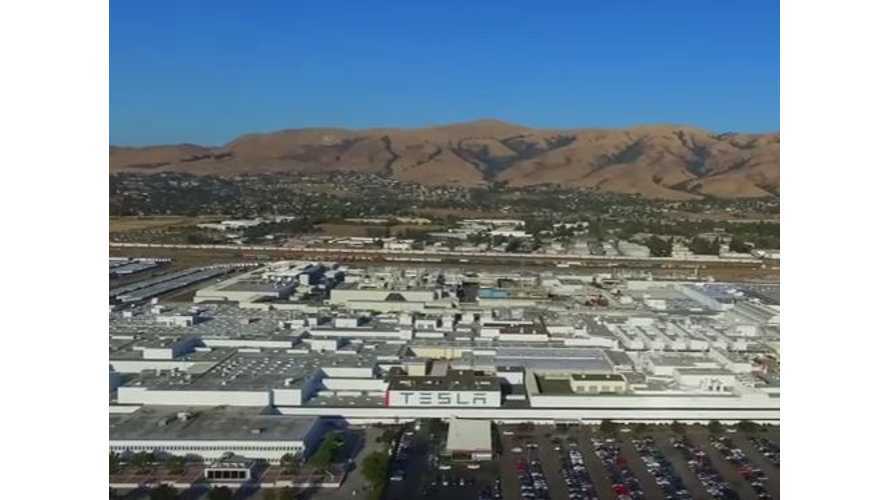 It's not often we see Tesla's Fremont factory from above (mostly because it's illegal without a license or permission to capture drone footage on private grounds), but this video from the skies above the factory presents the rare view of the grounds, as well as of the vehicles that appear ready to ship off to buying customers.

"This is an aerial view of the Tesla Fremont Factory where the cars are assembled and shipped off."

As this video was captured just recently, most of those vehicles on the lots will be part of Tesla's Q3 push to get all cars in customers hands as quickly as possible.