Nissan LEAF Ad: Thanks To “No Charge to Charge”, Charging Has Never Been Easier 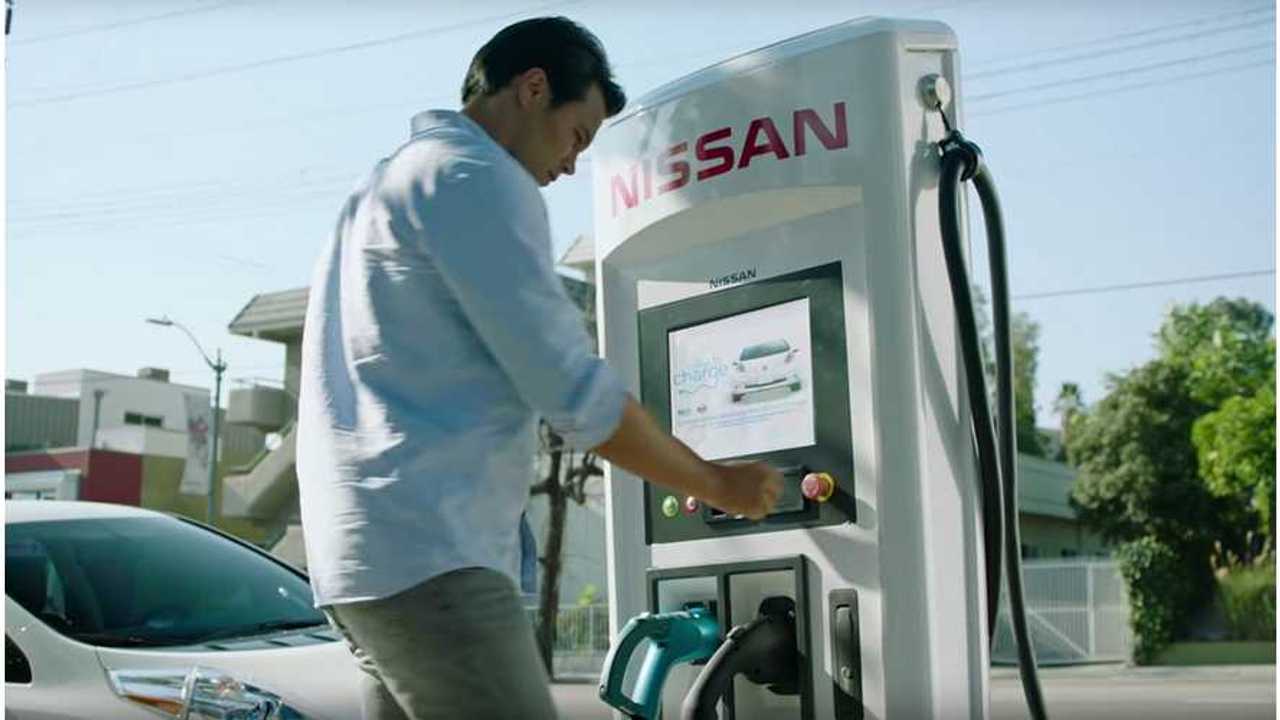 Nissan recently released two new ads on the charging of its all-electric LEAF.

The first highlights the company's “No Charge to Charge” program, which is now available in 50 markets.  With the purchase of a new LEAF makes the first two years of charging from participating networks free.

And yes, note Nissan's repeated use of the word "2017" in referencing the LEAF in these spots. Mistake or intentional? As the 2017 model year has yet to debut.

UPDATE: Nissan has removed these videos from its corporate feed and have yet to replace them.

"Enjoy two years of complimentary 30-minute fast charges at participating No Charge To Charge stations with the 2017 Nissan LEAF. Take on the miles ahead."

The second video states that LEAFs can utilize the "largest metro-area fast charging network", and with the EZ-Charge access card, charging will be the easiest part of your day.

"With access to the largest metro-area fast charging network, charging up the 2017 Nissan LEAF on the go has never been easier. Take on the miles ahead. "