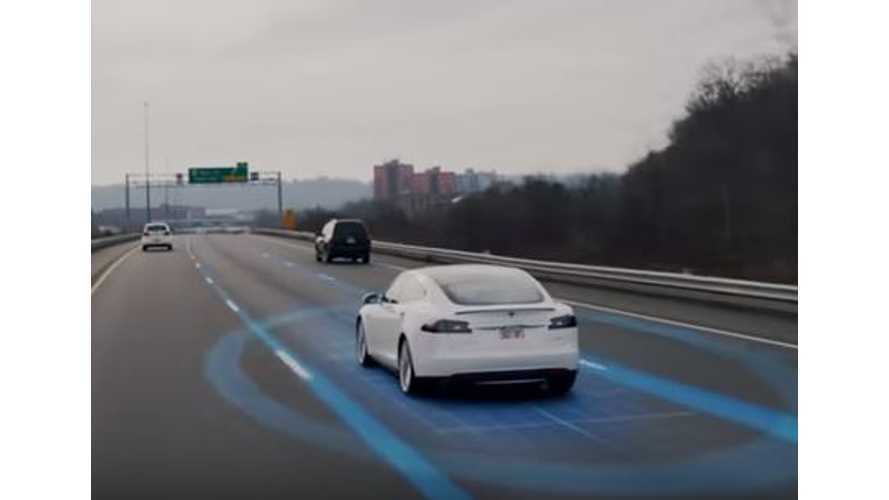 The split between Autopilot chip supplier Mobileye and Tesla has not only become quite public, but it seems to be getting a little bit messy too as both companies are starting to make some strong statements, not to mention that 3rd parties are also starting to wade in on the former relationship, and even Mobileye's technology itself.

After a fatal Tesla Model S accident with Autopilot enabled last May, Mobileye reportedly decided to end a supply agreement with the electric car maker at the end of the current contract, citing disagreements on how the technology was deployed and being portrayed.

A key factor in deciding to cut ties with Tesla was due to how Mobileye might be publicly be viewed being associated with the high profile nature of Tesla's Autopilot should more accidents occur, and how Tesla might handle them.

Mobileye currently has around 70% of the market share for collision detection systems, via 27 different automakers worldwide - the risk may simply have been too great for the return potential.

Well a recent war of words would seem to indicate that contract has now ended:

"It is not designed to cover all possible crash situations in a safe manner.  No matter how you spin it, (Autopilot) is not designed for that. It is a driver assistance system and not a driverless system,” said Amnon Shashua who serves as both Mobileye's Chairman and Chief Technology Officer to Reuters in an interview.

Tesla was quick to issue a statement of their own in response to Mr. Shashua

"Since the release of Autopilot, we’ve continuously educated customers on the use of the features, reminding them that they’re responsible to keep their hands on the wheel and remain alert and present when using Autopilot.  Drivers must be prepared to take control at all times."

These comments come after Tesla said in a statement on the breakup that Mobileye, that the company couldn't keep up the pace with Tesla’s product changes, with CEO Elon Musk adding "our parting ways was inevitable" at a press conference in July.

The Mobileye Chairman noted his company had reservations about their relationship with Tesla after watching how the company responded to the fatal Florida crash, saying Tesla was sending mixed messages - talking up Autopilots capabilities while also continuing to caution drivers to always keep their hands on the wheel.

Separately this week,  George Hotz of Comma.ai who just introduced his $999 autonomous driving add-on - the Comma One from TechCrunch Disrupt SF, and who almost took over part of Tesla's Autopilot development program from Mobileye (until reportedly Elon Musk "called him up on his birthday and changed the deal") had some choice words about Mobileye.

Check the video above from the 7:20 mark to hear Hotz's comments (below) on Tesla and Mobileye and his involvement in the split.

"They (Tesla) were using Mobileye's chip, and Mobileye makes this very low power chip that has a lot of hand-coded rules about driving, and it really isn't very good, because it's not designed to be a self-driving car at all.

Mobileye wants to work with regulators to lower the safety ratings to put their (makes air quotes) "safety features" in right, but it's not a self driving chip.  So I said that I could build something way, way better.  I went to Elon Musk and I told him this, and he said "Ok, we'll work out a contract."

Mr Hotz, says he holds no ill-will with Tesla (as it prompted him to move forward with Comma.ai), and he infers that he started the rift between the two companies, or at least fueled the fire by stating:

"I regret any trouble that I caused him (Musk) in his relationship with Mobileye, who like I said, is a failing company..."  Not done, the Comma One creator added, "If you are looking to Mobileye to build a self-driving future - don't."

So is this the end of the back-and-forth between the two companies? We imagine not.