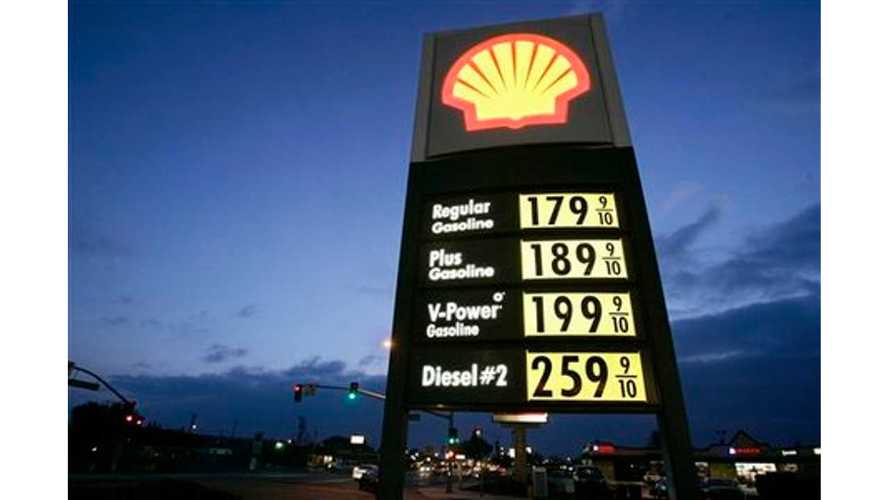 My Fuel Station, 14 cents for regular, 9 cents for TOU.

Oil company Shell says that it's "examining the potential" for installing charging stations "across some parts of its UK retail network" beginning in early 2017. And by "potential" we assume that to mean, potential to recover some lost petrol money from the ongoing plug-in vehicle onslaught.

The UK retail network implies gas stations, which would be big news and a huge win for electric cars if Shell actually gives the program the go ahead.

"In a statement to the Guardian, the company confirmed that it's "examining the potential" of putting chargers "across some parts of our UK retail network" from early 2017."

"The comments follow a slew of emails, retrieved by DeSmogBlog through a Freedom of Information request, between Shell and the British government."

A Shell employee sent an email with this statement:

"I have been asked whether Shell will need an electricity supply license if we are to provide a service to customers to charge their electric cars."

From this exchange (which we don't know who the sender or recipients are), it's assumed that Shell is at least interested in proving charging services for electric cars at its gas station locations.

We've seen chargers at gas stations before, but never in what's expected to be a mass rollout, perhaps even UK-wide.