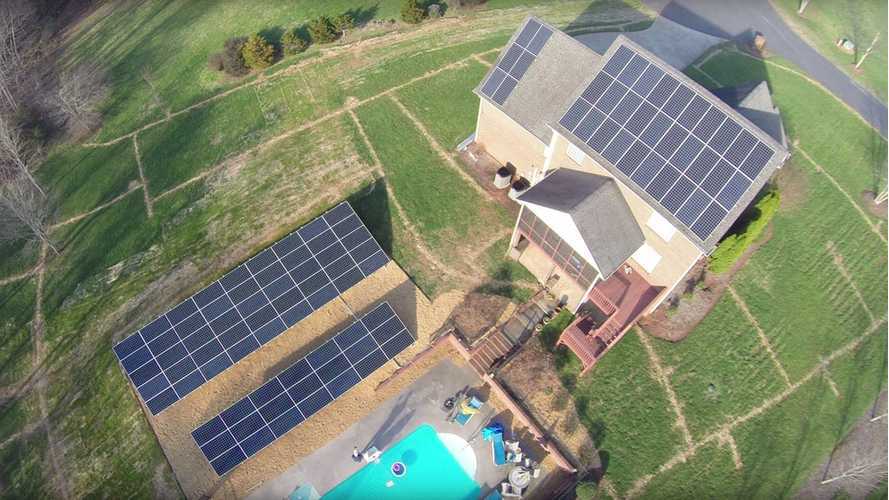 Jason Hughes, also known also as wk057, who from time-to-time uses his hacking skills to experiment with Tesla cars, shared his insights after the first year of owning a 44.4 kW off-grid solar system.

The solar PV system is combined with an energy storage system - perhaps not surprisingly build from Tesla Model S batteries.

Electricity is used both for the house and for two Tesla Model S.  It is clearly not an economical option, but rather a proof of concept.

Despite the installation was designed to be off-grid, sometimes there still was a need to use electricity from the grid.

"As of noon today my house has been powered primarily by my off-grid solar setup for one full year (a leap year, too).  In celebration, I figured I would share some aggregate stats from the past 366 days.

Suffice it to say, it's been a great year.

Something to keep in mind is that my generation numbers can not take into account power that would have been generated on the 222 days where the storage batteries reached full capacity and all incoming power was not utilized.  A goal for this year is to put that excess/wasted power to better use.  Rough estimates would say that I've wasted somewhere around 15 MWh of power over the last year due to this.  This is not a bad thing, generally, since it means I've made enough power for my needs and is part of having an off-grid system.  Would be nice to do something productive with that power, though.

The cycle wear on my storage batteries comes out to the equivalent of about ~29,000 miles of driving in a Model S.  It worked out to a bit more cycling than I would have preferred.  Some of this is due to needing to charge one or both of my household's Model S in the morning before sunrise in order to have power for driving during the day when the car isn't going to be at the house to charge.  Also, some of the cycling happened prior to the creation of my interface that keeps the Model S charge rate equal to incoming solar power when a fast charge is not required... resulting in no cycling of the home storage pack.  Overall, I expect the next 12 months to have less cycling.

For year one, I think having 98.4% of my power come from my own little power plant definitely makes it a successful year."