BMW i Division To Focus On Self-Driving Tech, Not EVs, In An Attempt To Catch Up To Tesla 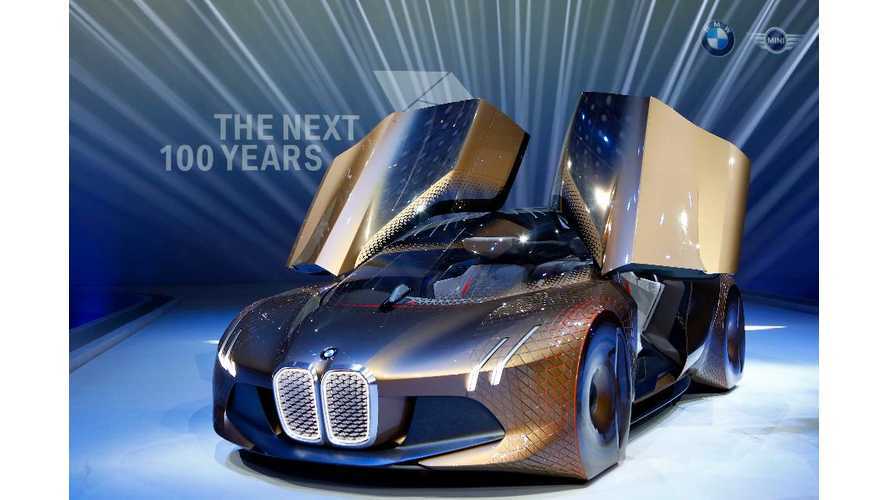 BMW is changing its strategy and goals for its BMW i sub-brand according to Reuters, who spoke with BMW board member Klaus Froehlich.

The BMW i will now be more about autonomous driving in the future than all-electric cars.  Which means more plug-ins, no BEVs on the near-term horizon.

One of the first models, the BMW iNext Concept was already confirmed for production in 2021.

"BMW (BMWG.DE) has transformed its "i" division into a development center for self-driving cars, a board member told Reuters, a major strategic shift for the unit previously focused on making a family of lightweight electric vehicles."

"Now, rather than seeking to match the likes of Tesla and Porsche with a new zero-emissions sports limousine for release within the next two years, its main focus will be on developing an electric car with the next generation of technology: autonomous driving."

According to the article BMW i3 failed expectations with "only 25,000 sales last year", whereas the Tesla Model 3 already received close to 400,000 reservations, and will have at least some autonomous driving capabilities.

Some of the high-profile staff BMW i, departed from the coampny in the last couple of months.

"As part of its autonomous driving push, BMW is hiring experts in machine learning and artificial intelligence. It is also integrating the functions of existing computer driven assistance systems like cruise control, emergency braking, lane-keeping support and automatic parking."

Bonus video: BMWL Human or Robot - who will control our future vehicles?

"Werner Huber, Manager Highly Automated Driving at BMW Group, explains studies regarding BMW and autonomous driving. The question for BMW is always: How far can we go and how far should we go with automation regarding the promise “sheer driving pleasure”."