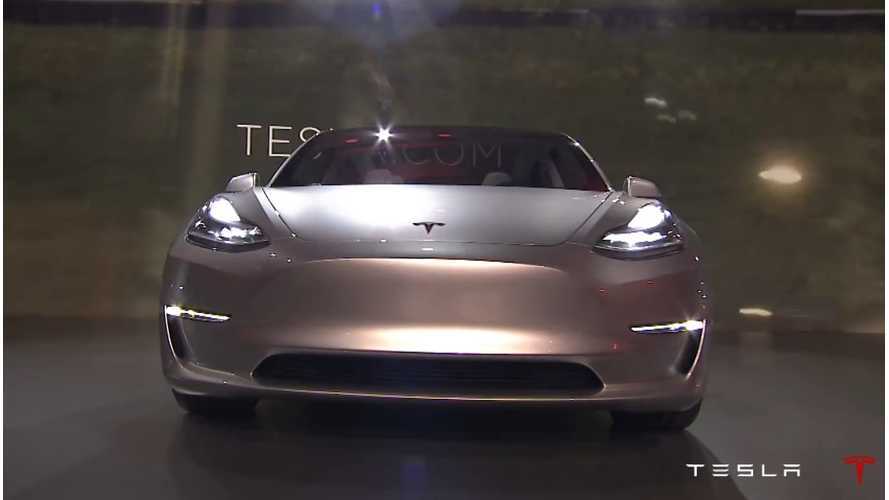 Before Part 1 of the Model 3 unveil, Tesla CEO Elon Musk confirmed that there would be a Part 2 reveal for the Tesla Model 3.

Now we have some details on the timing of Part 2.

At the recent Code Conference in California, Elon Musk stated that Tesla was planning another "big" reveal event for the Model 3 that will take place sometime after the design is complete, which we know is at least 6 weeks away from now.

Musk said that we should ready ourselves for this big reveal to happen towards the end of 2016.

Part 2 of the reveal is to be "super next level," according to Musk and it may include the reveal of autonomous driving technology and a trick interior for the Model 3.

The waiting game continues to drag on...