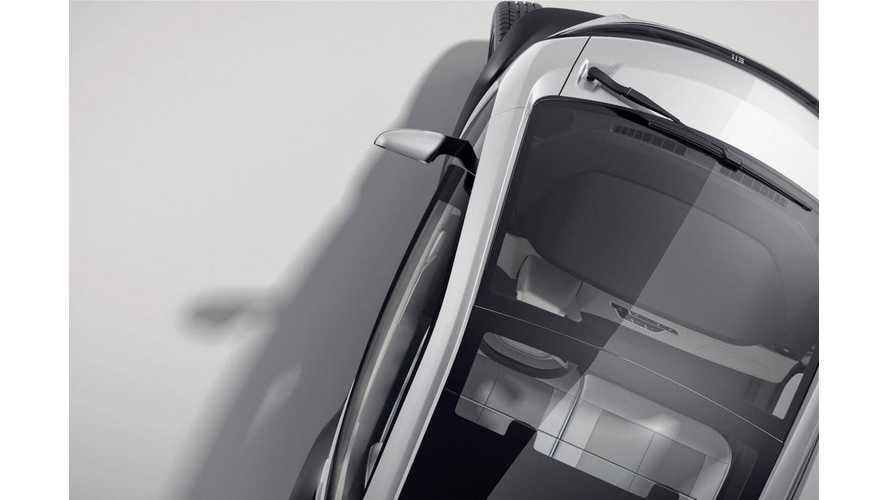 The Eli ZERO premiered this week at CES in Las Vegas, among other plug-in vehicles from Baidu, Faraday Future, LeEco, and others.

It looks a lot like a Renault Twizy. Some may call it competition with the Smart ForTwo ED, because it seems a bit more "car-like" than the less sophisticated and less structural Twizy.

We believe Eli introduces an advanced, yet simple product that will fundamentally shift how we engage with urban fabrics. Smaller, simpler and friendlier, Eli ZERO is the ultimate two seater mobility device for agile daily movement. Eli ZERO reimagines the NEV and addresses the dynamic transportation demands of modern cities and towns by offering a versatile driving solution for both urban and suburban neighborhoods.”

The two set EV is powered by a tiny 4 kWh battery (48V) that gives the city plug-in a 23 mph stop speed - meaning it is strictly a "neighborhood electric vehicle" or NEV.

Yet with all that said, the electric range estimate given is really wide, with the company saying between 40 and 75 miles; given the 4 kWh capacity and the sure-to-be-north of 1,000 lbs weight with a passenger or two, we think travelling 40 miles is fairly ambitious.

Features of the Zero include full A/C and heating system, Bluetooth, USB and decent audio system.  The Eli Zero is expected to arrive near the end of 2017, with a price of around $10,000.