Chevrolet Bolt EV Debuts With 579 Sales In December, But Volt Steals The Show With Record 3,691 Deliveries 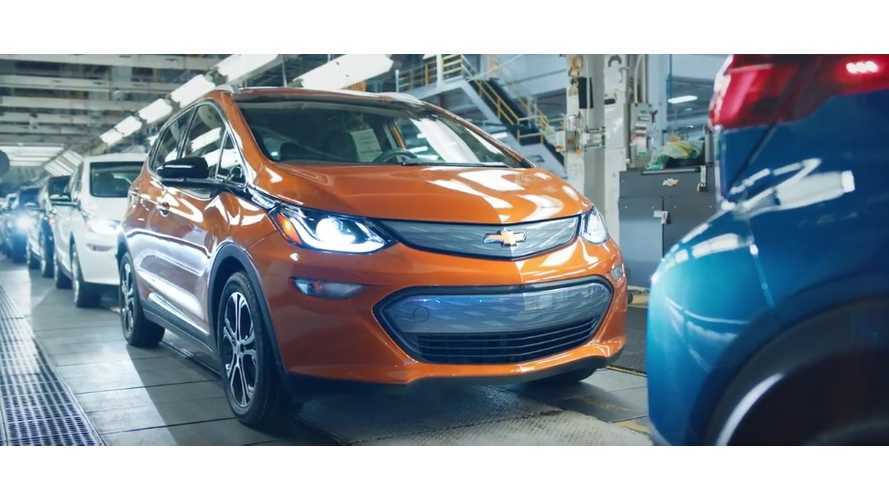 The time has finally arrived!

Two years after its debut at the 2015 North American International Auto Show (or Detroit Auto Show if you will), the Chevrolet Bolt EV arrived...on time and on budget, with the first deliveries of GM's 238 mile EV happening on December 13th in the San Francisco Bay area (details).

For the month, 579 Chevrolet Bolts were moved in December.  A decent amount considered the limited selling time, but still a bit of the historical debut record - which was set in November by the Toyota Prius Prime, logging 781 sales.

But pulling itself out of the shadow of the Bolt EV and back into the limelight with a HUGE, record setting month was the Chevrolet Volt.

Once again..that is 3,691 copies.  That is a lot of extended range plug-ins to be sure.

Hey remember me? I'm that drab-colored gray vehicle off to the side of the Bolt EV, that has only sold like ~110,000 copies in the US so far and an astounding 3,691 in December!

Normally during sales reports we would update the inventory situation, but as one might expect on the Bolt EV, almost all new stock is either spoken for upon arrival or shortly thereafter; although we do note at time of press that a couple California dealers do have some unallocated units...so if you want one bad enough (and right now), make some phone calls.

Not in California or Oregon and looking for a Chevy Bolt EV?  Here is GM's roll-out schedule:

Also of interest in the "random quirky fact" category, a few remaining Cadillac ELRs (3) and Chevrolet Spark EVs (17) were sold out of remaining inventory (both plug-ins are now discontinued), making December the first month GM has sold 4 different models of electric vehicles...only the 3rd OEM to be able to boast such a feat.
++