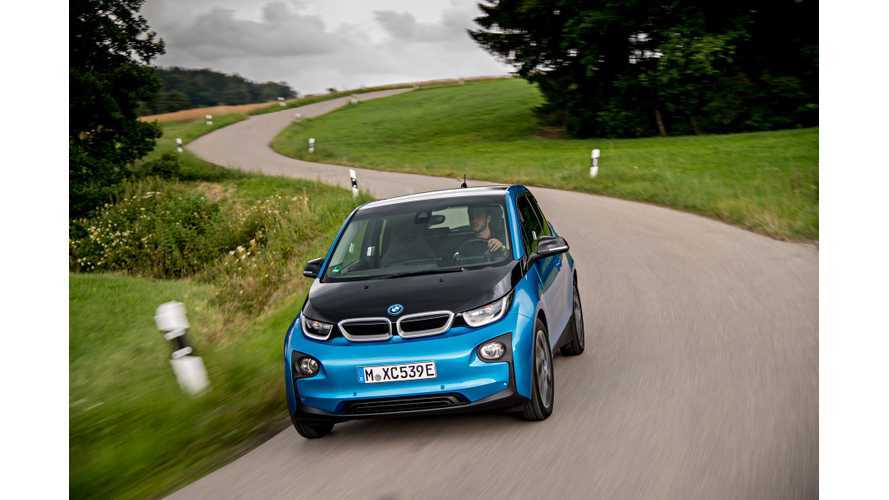 That plug-in total already surpasses the net amount for all of 2015.

Interestingly,the BMW iPerformance group has now outsold the dedicated i brand so far in 2016:

Although we have to believe that this lead will be very short lived. After the launch of the BMW i3 with longer-range (thanks to a 33 kWh battery), sales of this model jumped 73.2% in its first partial month on the global market - with 2,848 sold in August along.

"Sales of BMW’s electrified models remain strong, especially in Europe. Combined global sales of BMW i and BMW iPerformance vehicles are already higher than the 2015 total with 34,664 electrified vehicles delivered to customers so far this year.

Of this, 17,809 were BMW iPerformance vehicles and 16,855 were BMW i vehicles. The BMW i3, which in July launched an additional model with significantly increased electric range, was delivered to 2,848 customers worldwide in August, an increase of 73.2% compared with the same month last year."