Are Tesla Superchargers Too Crowded? Video Ride Along To 6 Supercharging Stations 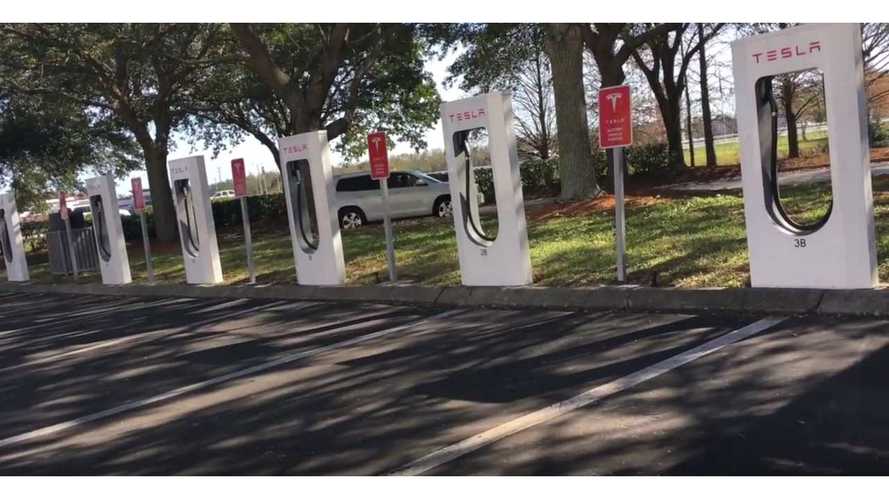 The Electric Israeli has a Facebook page and a YouTube channel dedicated to electric cars, sustainable energy, and solar panels. He takes a long road trip on Interstate 95 (which runs from Maine to Florida) to show availability at six Tesla Supercharger stations along the way.

Even in the busiest areas, Tesla Superchargers were readily available. This is bound to change drastically once there are many Tesla Model 3's on roadways.

His travels take him from the Fort Lauderdale area in Florida, to his home in New Jersey. Unfortunately, he is driving an ICE vehicle, so he makes the extra stops at the Supercharger stations just for this "study."  (One might want to leap ahead to various station arrivals in the video if you don't have a lot of time)

Surprisingly, some stations were nearly empty. He visits some at key times, while others are late in the evening or early in the morning. He tries to give as much info as possible, such as the time, the total amount of stalls, and the activity over a period of time. Even at the busiest stations, in congested areas of New Jersey, there were multiple spots to spare. He concludes that this will all change drastically once there are many Tesla Model 3's on the road.

He plans to take a trip out to the west coast next summer and travel from San Francisco to Vancouver, making a similar account of Supercharger availability.

To ease congestion Tesla has recently implemented a couple of programs:

Currently there is about 110,000 Tesla vehicles on U.S. roadways. At some point in the foreseeable future, with current Model X and S deliveries, and some 400,000 Model 3 vehicles coming, this number will grow exponentially. He adds that his greater concern for Tesla's future is service center availability.
++