May EV Sales Strong In US, Thanks To Some Help From The Tesla Model X 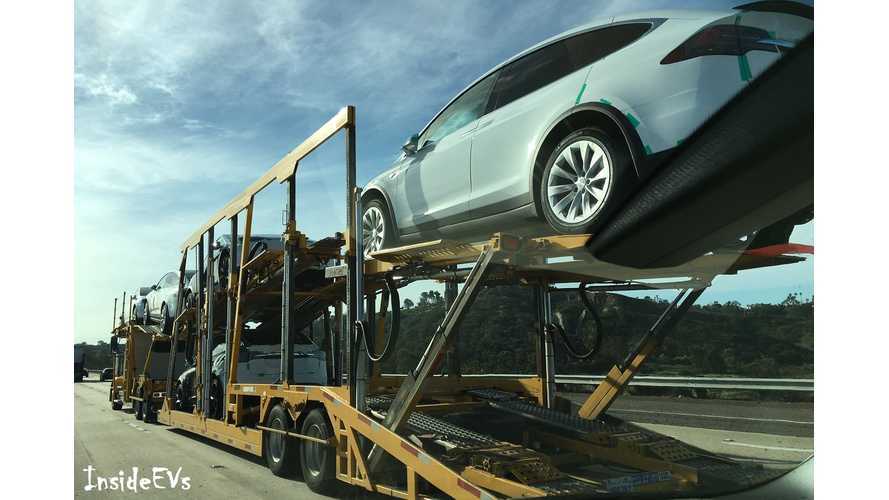 The resurgence of the US plug-in electric vehicle market continues to prove itself in 2016, crossing into the 5-digit mark for the 3rd month in a row.

Tesla sold some ~1,200 Model S sedans in the US, despite only re-starting deliveries on the refreshed model in the 3rd week of the month (InsideEVs/Michael B)

As noted in the results, May's result was slightly better than a year ago, but we should note that last year's sales also ended up being the surprise best "non-December/tax season" result of the year - with some 12 EVs setting a new yearly high.

Helping out EV sales the most for May was the Tesla Model X, as production seemed to run at a steady, yet controlled pace throughout the entire month; we estimated that some 1,600 were sold.  Of interest, the Model X also leapt past the Nissan LEAF on the sales chart into 4th.

During May, Ford (as a whole) produced over 2,000 plug-ins for the second monthin a row, while the Fusion Energi sold a year-high 1,453 copies.

Also lending a hand was the Chevrolet Volt, whose 1,901 sales wasn't a new year high (that was set in April at 1,983 sales), but it was an all-time best for the brand for May...which had previously sold ~1,6XX Volts the past 3 years running.

A handful of refreshed 2017 Fusion Energis were sold in June...just enough to propel it to a new year-high

Looking at the dynamics of the market, it would seem that all-electric offerings are under pressure from upcoming new and longer range releases in the next 12 months (Bolt EV, updated e-Golf, updated BMW i3, 2nd generation Nissan LEAF, Tesla Model 3, etc), while plug-in hybrids that are mostly immune from "range-based" concerns are selling well.

Naturally we would be remiss to not mention the "race for the top spot" for plug-in sales all-time in the US.  Thanks to another poor showing for the longer range (107 miles) 2016 Nissan LEAF, the Chevrolet Volt added almost 1,000 points to its lead - which now stands at 96,621 vs 94,288...numbers the Chevy will ultimately need all of in order to keep ahead of the next generation LEAF in 2017.

Editor's Note: Whether or not May of 2016 was actually marginally lower or higher then 2015 we won't be able to definitely say until some of the estimated data settles/is confirmed via Tesla and full month rebate statistics

Other Statistical Points of Interest from May 2016