Adam Ruins Everything, Including His Reputation When He Attempts To Attack Electric Cars - (w/video) 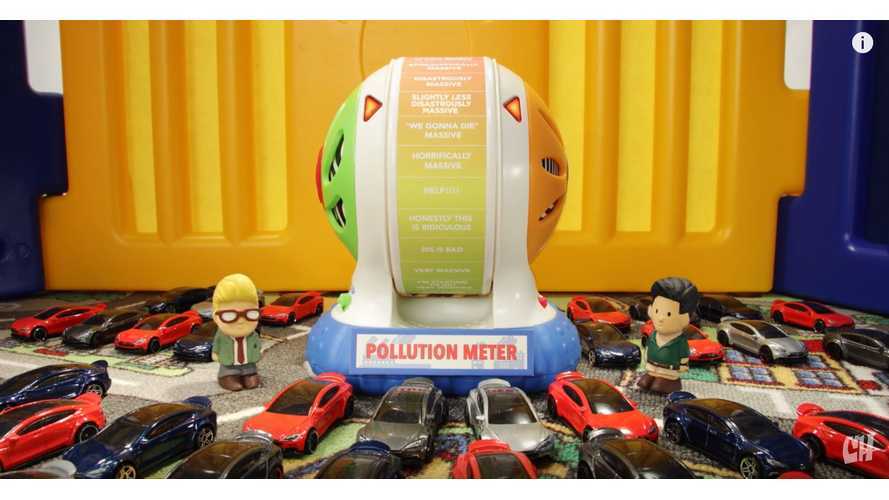 "Adam Ruins Everything" is a comedy show, somewhat like South Park, that pokes fun at obvious issues to get a rise out of viewers. However, this time the writers have neglected to do their homework, and perhaps ruined the show's reputation among many "green-friendly" viewers.

Basically, the episode tries to convince us that electric cars are no better than gas cars because you are shifting your carbon emissions from your tailpipe, to your local "coal-burning" power plant. Meanwhile, the show pokes fun at EV buyers and their lack of understanding.

While this can be considered partly true, coal burning is down significantly. Solar and wind energy is growing at a fast rate, and what about hydro power? It isn't the vehicle driver's fault how the power plant generates its energy, and it doesn't mean the the consumer is ignorant, or purposefully not being "green."

As The Verge points out, the biggest fault of the episode is that it misrepresents and misquotes Will Oremus, Slate's (magazine) senior technology writer. Oremus wrote a piece a few years back that deals with this very subject. However, his points and opinions play out in completely the opposite direction of what the "Adam" episode is trying to prove. Below are some excerpts from the Oremus piece, via The Verge:

The episode tries to convince us that electric cars are no better than gas cars because you are shifting your carbon emissions from your tailpipe, to your local "coal-burning" power plant.

For any given Model S, though, the emissions-per-mile depend heavily on the mix of energy sources that go into your local grid. According to Tesla’s own emissions calculator, if you’re driving your Model S in West Virginia—where the power mix is 96 percent coal—you’re spewing some 27 pounds of CO2 in a typical 40-mile day, which is comparable to the amount you’d emit in a conventional Honda Accord. Indiana, Kentucky, and Ohio aren’t much better. On the other hand, if you’re charging your Tesla in California, where natural gas supplies more than half the electricity—or, better yet, Idaho or Washington, where hydroelectricity reigns—your per-mile emissions are a fraction of that amount. Congratulations: Your Model S is a clean machine after all.

The worst part is that these episodes are set up to go viral. Unfortunately, propaganda like this gets to the general, uninformed public, and many believe every word of it. It works to further reinforce misconceptions and fallacies.