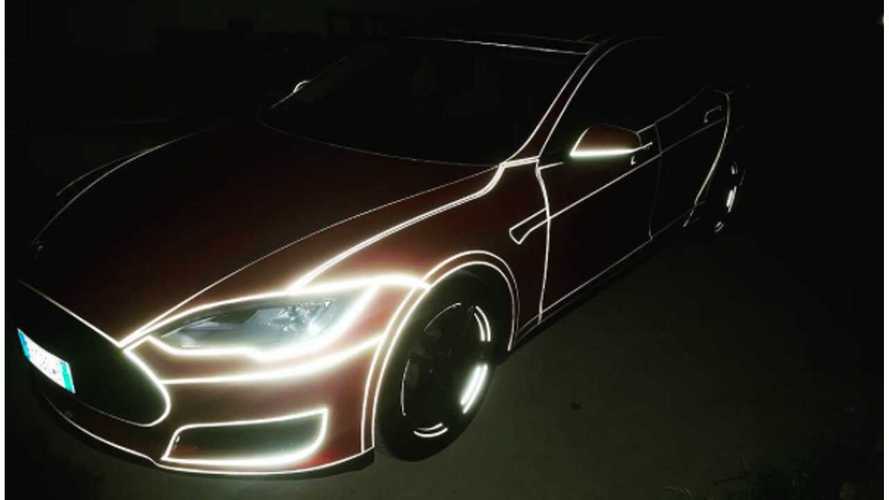 A Tesla Model S owner in Italy has attempted to create a Tron version of the car.

"Although his comments (and contemporaries) are all Italian, Nicola Franceschi describes himself in English in the following manner on Instagram:

"I'm a book printer, a trader (only when I gain), and sometimes I just like to make shoes." Now he can add one more identifier — owner of the world's first Tron Tesla. Nicola contacted me (via direct message on Instagram) with an image of the work he was doing to transform his Tesla..."

Rather than using lights, a reflective tape was applied to the Model S to achieve this unique Tron look. Simple and mostly reversible if the Tron look loses its appeal over time.

Interested in seeing more of this world's first Tron Tesla? You're in luck because additional images can be found at the source link below.