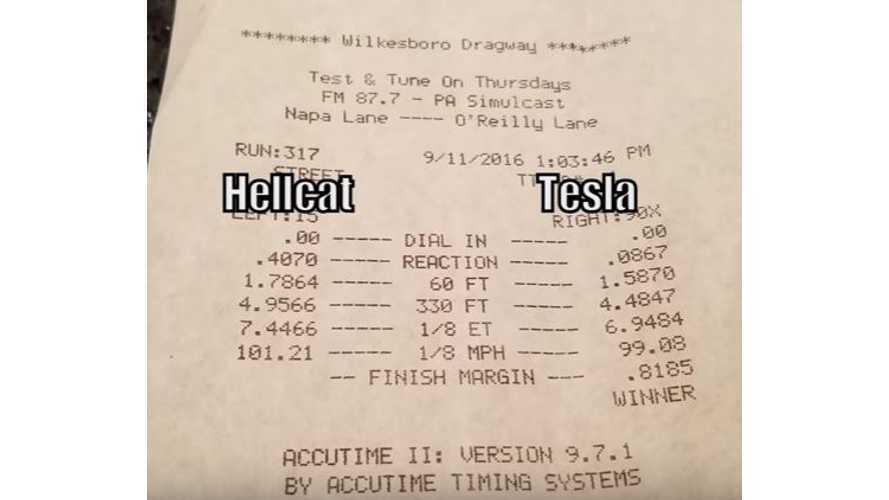 Tesla Racing Channel released a video in which a Tesla Model S P90DL goes up against not one, but two formidable challengers.

"Back at Wilksboro Dragway for a great TNT event. Some cool guys wanted to race our Tesla P90D ludicrous so we locked in the grudge race."

"Raced a 2015 Hellcat charger multiple times along with a new 2016 dodge hellcat Charger."

"Usually the Hellcats are owned by people that don't know how to use the power, these guys made well deserving e.ts for these cars on drag radials."

But we're those "well deserving e.ts" enough to beat the Model S? Watch the video to find out.

And of course we eagerly await to see the new Tesla Model S P100DL take on similar competition in the near future.