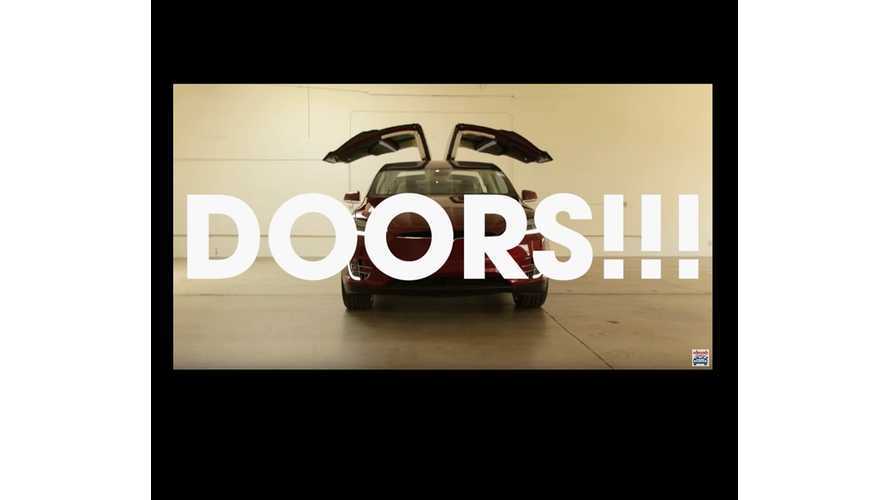 Musk says he mostly faults himself for the delays and some rather widespread problems related to the X (mostly it's those Falcon Wing doors that have been so problematic).

“This program has been challenging. I particularly need to fault myself for a fair bit of hubris for putting too much technology all at once into a product."

“In retrospect the right thing to do with the Model X would have been to take a lot of the really awesome cool things and table them for a future version. So, if I could wind back the clock, I would say, ‘look we’ve got these great ideas. Things that I want to implement and other people want to implement.’ But the smart move would actually have been to table those for version 2 and version 3 of Model X instead of piling them all into version 1.”

That's precisely what Tesla intends to do for the Model 3. As Musk previously stated, Versions 2 and 3 of the Model 3 will incorporate some "cool things," but Version 1 will be relatively simple.

Here's Musk explaining what went wrong with the Model X:

“In particular, the software that controls the Model X and the operation of the doors has been incredibly difficult to refine and getting the complex set of sensors to work well.. I think we’re almost there in making the doors useful. Actually, it’s a software problem. How do you interpret all of the data from the sensors? What should you remember? What shouldn’t you remember? How should you open the door in different circumstances? If you’re in a low ceiling or narrow situation? If the sensor is giving erroneous feedback, when is the right time to ignore the sensor?”

Musk had often denied that the Falcon Doors were delaying the X, but now he's openly admitting that the doors have been the main problem and Tesla is even suing one of the Falcon Door suppliers for delays in designing the X's "wings."

Musk concluded his Model X door portion of the speech with this encouraging remark:

"Digging ourselves out the hole has been quite hard. But I think with the software release that’s going out shortly and another one that’s going out in maybe a month or so, I think finally we’ll be at the point where the doors are better than normal doors, as opposed to worse . So, anyone considering buying a Model X, if you order a Model X now or soon, trust me, you will love the doors. Because the software will actually be right.”