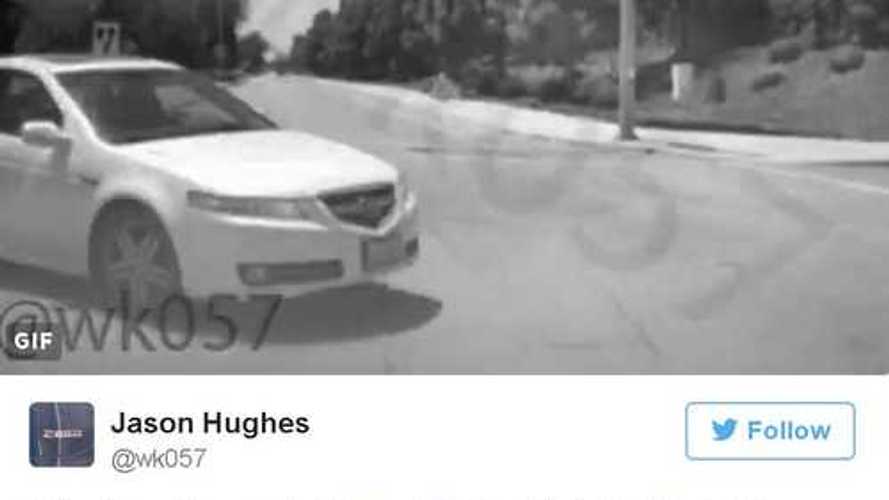 Tesla's Autopilot camera may be able to be used like a dashcam, to capture footage leading to an accident as reported by Electrek. However, an aftermarket dashcam, made specifically for the purpose, would still do a much better job.

Jason Hughes, well-known in Tesla circles for hacking the tech in salvaged Tesla vehicles (and more recently for his massive solar home/ESS installation), posted some video on Twitter, showing Autopilot camera footage. The footage is black and white, and not super clear, making it difficult to tell exactly what is happening.

Hughes told Electrek that he was working with a salvaged Model S and found event data inside of the vehicle's Media Center Unit. The data included multiple frames saved by the forward-facing camera prior to the crash. Unfortunately, Hughes (or anyone else looking through this data) cannot access all of the information, but some details are decipherable.

In his investigation, Hughes determined that the Traffic-Aware Cruise Control and Autosteer features were not on prior to the crash. He was also able to figure out the the car was traveling about 57 mph before the crash, but had no way of knowing if the Automatic Emergency Braking kicked in.

Hughes concluded that the frames were likely saved due to a trigger set off by airbag deployment.

The average Tesla driver would not be able to easily access Autopilot footage. In the event of some emergency or legal battle, an owner could surely contact the company and request stored information, but it's not practical. Maybe down the road, automakers could make such data readily available to vehicle owners.

Electrek also clarified that the Tesla Autopilot camera is capable of high-definition, color recording, but the footage is converted to low-resolution, black and white format, because the car can't process the data quickly.