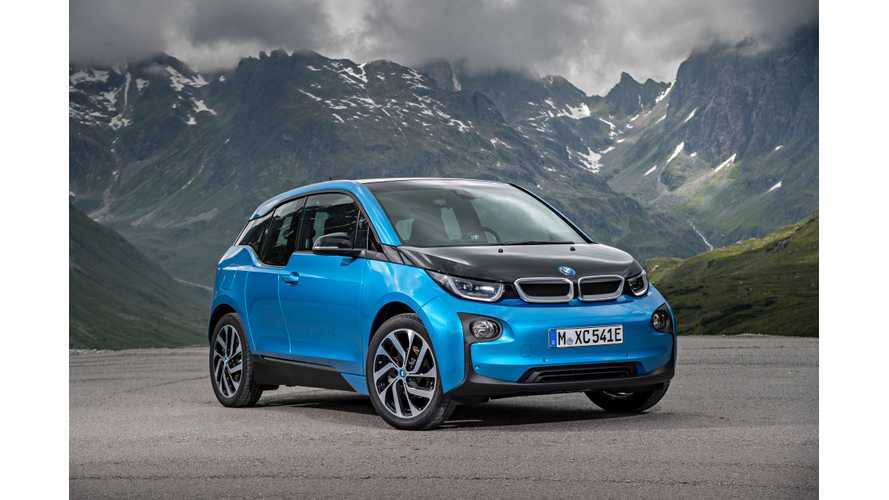 Complete sales figures for the whole of Europe usually lag behind by a month or two, but now that we have full results for November 2016, we can declare the BMW i3 the overall winner for plug-in vehicle sales Europe-wide in November.

The figures come to us via BMWBLOG:

"For the month of November, 2016, the BMW i3 was by far the best-selling electric vehicle in the EU, selling 2,092 units. The second closest EV was the Mitsubishi Outlander PHEV, which sold 1,512 units. That’s quite a big difference, considering it’s 580 units more."

You may be wondering how Tesla fared, right? Well, neither the Model S nor the Model X sell in volume even remotely close to the BMW i3. In November, Tesla sold only 603 Model S sedans in Europe. Meanwhile, Model X sales were just 387.

Some other notables sales figures (remaining 5 of the Top 7) Europe-wide for November 2016 include:

For comparative purposes, BMW sold only 629 i3s in the U.S. in November. We is the i3 so popular overseas? BMWQBLOG explains its like this:

"...the BMW i3 is still a very popular car, made even more so by the fact that BMW just upped its range. Plus, with many European cities cracking down on emissions, it only makes sense that Europeans would like to go for a pure EV, rather than any plug-in hybrids. And because of the premium badge, slightly lower cost in Europe and small city-car size, the BMW i3 is a very attractive package there."