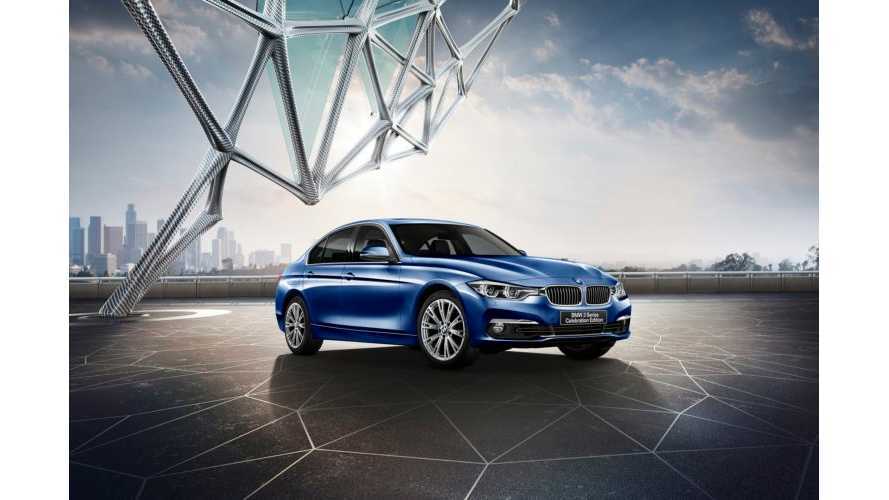 BMW Japan decided to launch a couple of special edition models this year, to celebrate the company’s centenary. The eighth car in this exclusive line-up is a BMW 330e plug-in hybrid. Dubbed "BMW 330e Celebration Edition."

The 330e Celebration Edition is a limited-production model too, with only 100 ever being built. It differentiates itself from the standard 330e in a few unique ways, according to BMWBLOG:

"First of all, you’ll notice the Tanzanite Blue exterior paint that comes courtesy of the BMW Individual range and matches the car’s Luxury Line exterior perfectly and the 19″ Individual wheels. Inside the cabin you’ll also find more options from the Individual catalogue, such as the Merino white leather and Piano Black trims that adorn the dash, door panels and center console. Other options included in the package are the Harman/Kardon sound system, BMW Head-Up display and dedicated interior badging..."

There are no changes to the powertrain, so it still gets the 2-liter 4-cylinder turbocharged gas engine with184 hp and  290 Nm (214 lb-ft) of torque and an electric motor that puts out 88 HP and 184 lb-ft of torque. Electric-only range is listed at up to 14 miles/22.5 km, according to the EPA.