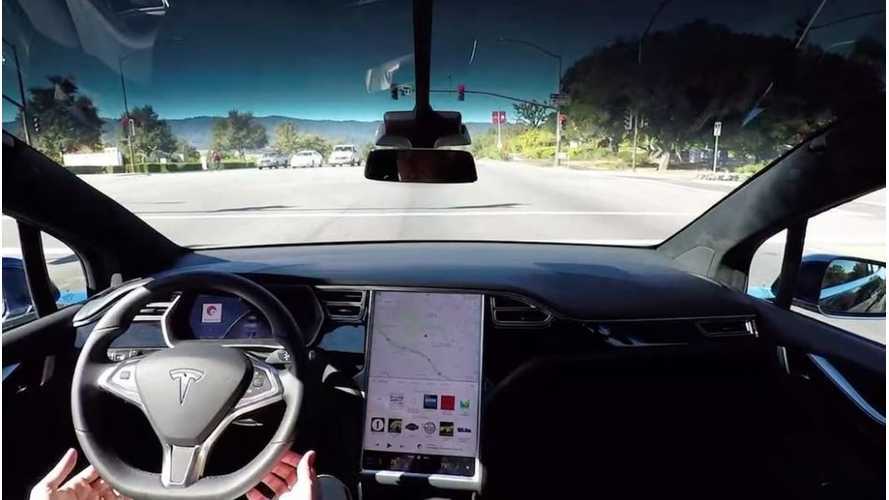 As we reported, Tesla ran into a problem and was unable to roll out Autopilot 2 update (Enhanced Autopilot or Hardware2 Autopilot, as it's now being referred to, to negate confusion).

Musk explained that if the "fix" worked, updates would begin soon; and apparently, everything worked as planned and software uploaded to 1,000 vehicles, prior to the close of the year.

The cars being updated are self-driving hardware upgraded vehicles only. These are the ones built since October. Next week, if the first 1,000 cars experience no problems, the rest of the HW2 cars will get the update, along with the speed Easter Egg, for those with P100D models.

HW2 Autopilot software uploading to 1000 cars this eve. Will then hold to verify no field issues and upload to rest of fleet next week.

By the end of January, first-generation Autopilot should see the Enhanced Autopilot 2 update in place

Most Tesla vehicles currently on the roads have the first-generation hardware (HW1).

Unfortunately, those owners won't see the Enhanced Autopilot update until the end of January. When Enhanced Autopilot and full-self driving hardware was released in October, Musk warned that those purchasing new vehicles would lack common HW1 Autopilot features, until the second-generation hardware could be brought to parity.

Most of the work that Tesla has been doing thus far, related to preparing the new Autopilot software, has involved bringing all of the necessary "normal" HW1 features to the HW2 vehicles.

Once both generations are "matched" and all vehicles have Enhanced Autopilot software updates, incremental updates will continue, with the final goal of full autonomy.

First generation Autopilot was released on October of 2014. Since then, Tesla has been able to compile well over 1.3 billion miles of data to assist with R&D of the hardware and software.