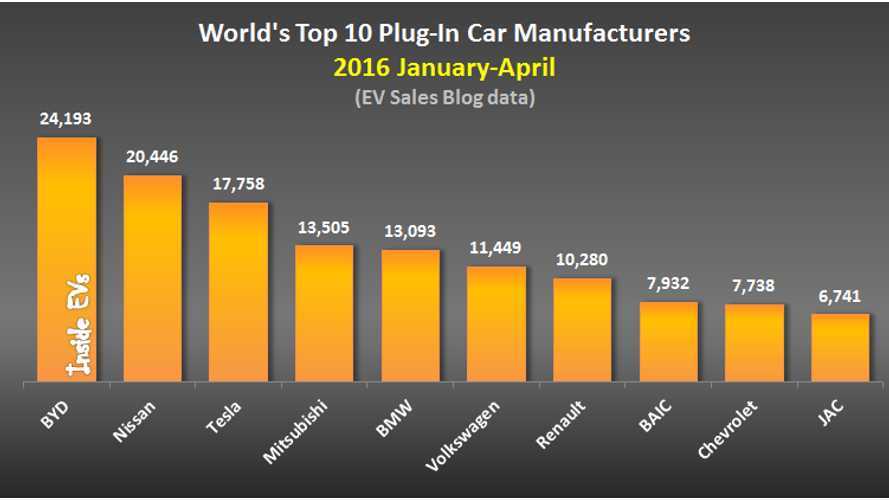 So, now is the right time to check which models and manufacturers did the best compared to 2015, with thanks to data compiled religiously by EV Sales Blog.

Second is the Tesla Model S at over 14,500, while third place now belongs to BYD Tang at just over 12,300, which overtook the Mitsubishi Outlander PHEV during the month.

Also positive is the nearly 8,000 Renault ZOEs sold, good enough for fifth worldwide, despite only a European presence.

Overall BYD continues to be the largest plug-in car manufacturer with over 24,000 deliveries in the first four months of this year.

BYD plug-in hybrids and all-electric models are available only (for the most part) in China, which makes the win even more amazing.