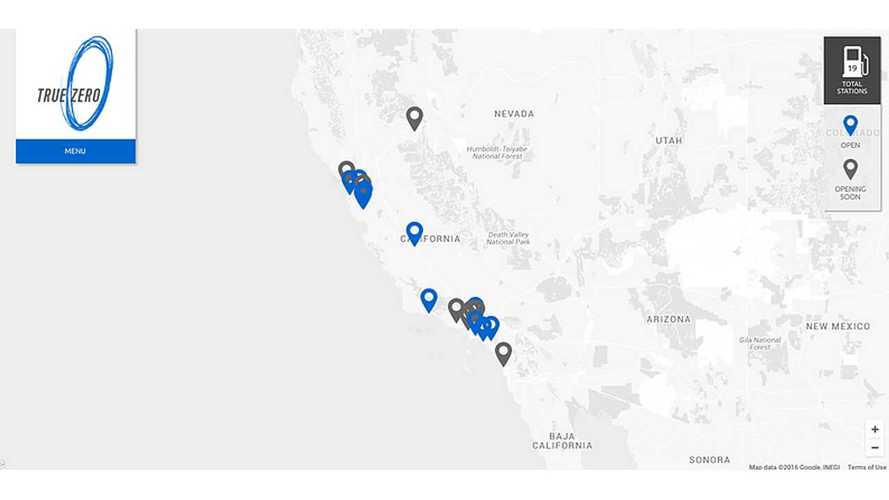 One of the main players - FirstElement Fuel, who builds the True Zero Hydrogen Network, set 18 months ago, a target of 19 stations by 2015.

As it turns out, there is only 13 on-line today, and the full target will not be reached until early 2017, which translates to a delay of some 1.5 years.

The two major problems are: permitting and equipment issues.

There is only 6 other retail stations in the state, so the total number stands today at 19.

Those 19 pretty expensive stations are available for just under 400 hydrogen cars sold in retail (mostly made up of the Toyota Mirai, and over 100 Hyundai Tucson Fuel Cell) plus maybe a few more from other vendors.

Autoblog notes that in 2004 so-called California Hydrogen Blueprint Plan assumed 100 hydrogen stations by the end of 2010.  So, not that close...