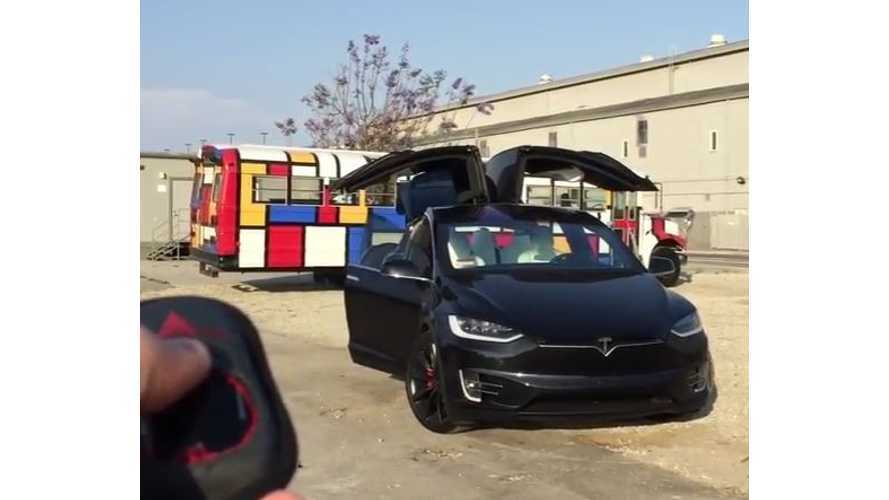 "Tesla introduced a new update in firmware version 7.1 (2.20.45) that allows owner's to close both the falcon wing doors and front doors through a single press of the key fob."

"A new over-the-air software update v7.1 (2.20.45) has gone out to Tesla Model X owners that allows for better control of the vehicle’s electronically actuated seats and famed falcon wing doors. Most notable in the update, a minor change to the company’s existing version 7.1, introduces a feature that provides individual control of the vehicle’s second-row seating directly from the center touchscreen."

"Model X owner’s are also presented with a feature that will close the falcon wing doors, self-presenting front doors, and even the rear trunk hatch all in a single swoop through a press of the key fob."

Before the updated, closing all of these openings was a multi-step process that took quite a bit of time.

Though the door update is a welcome feature, it's the improved seat operation that's most notable.

As the release notes explain: