Cadillac CT6 Plug-In Launches In China, Arrives In US And Canada Soon...For Much Less 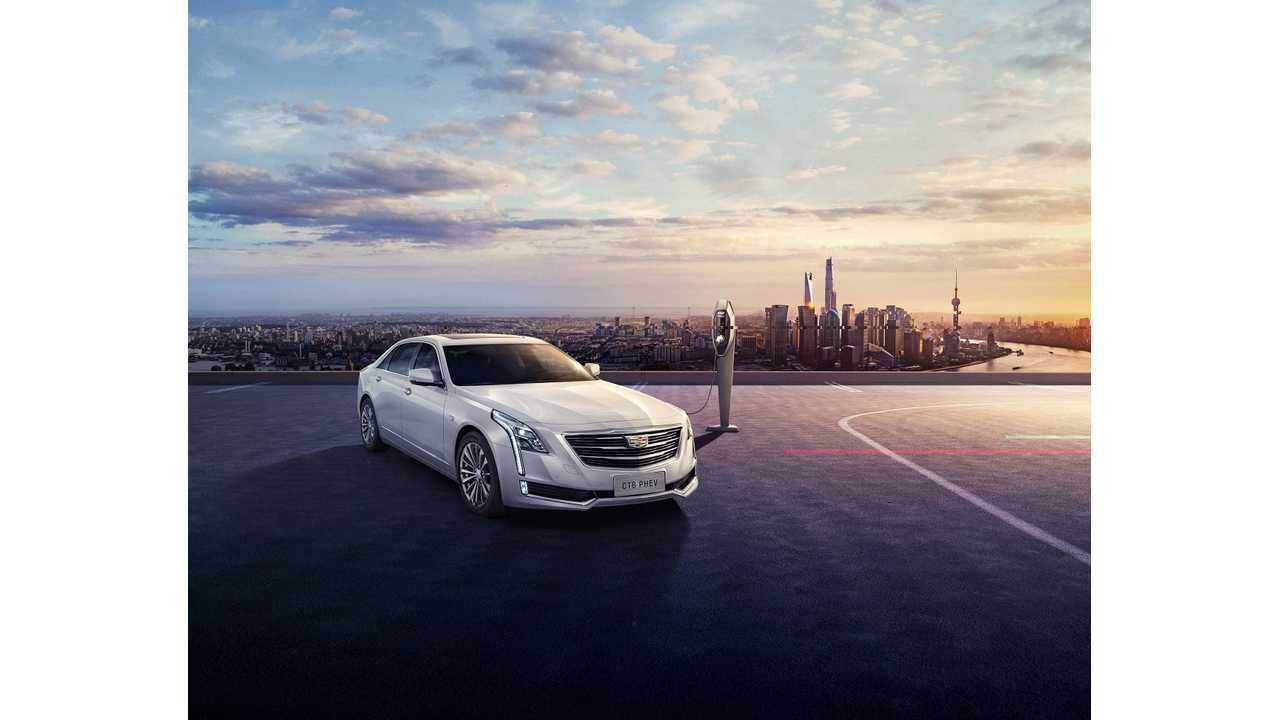 The Cadillac CT6 Plug-In is officially now on sale in China.

The Cadillac CT6 Plug-In can be fully charged in five hours or less using a regular 220V charger.

The SAIC-GM made in China, plug-in hybrid is offered in two versions for:

Interestingly, for the US, the entry level CT6 PHEV is priced significantly cheaper - from $76,090, this despite being made in China and imported to America.

Even more curious, is that for Canada, GM's plug-in offerings continue to undercut their US cousins by a significant amount.  The Canadian plug-in Caddy retails for $85,995 CAD - which translates to $63,950 in US funds, some $12,000+ cheaper still.

North American release of the Cadillac CT6 PHV is planned for Spring of 2017 (think April).

"The CT6 marks Cadillac’s long-awaited return to the global prestige luxury segment, and with the plug-in variant creates a fresh performance standard for premium new energy vehicles through its smooth handling and exceptional fuel efficiency.

At the heart of the CT6 Plug-In is a lithium-ion battery pack comprising 192 cells. It has a large capacity of 18.4 kWh, which is up to 50 percent more than competitive models. With the support of GM’s world-leading Battery Management System (BMS) and liquid cooling technology, this provides 80 km of all-electric range and 935 km of combined range.

Every cell in the Cadillac CT6 Plug-In’s battery pack has an independent liquid-cooled temperature control system to ensure the 18.4-kWh battery system’s stability and safety.

Every cell in the battery pack has an independent liquid-cooled temperature control system, reducing the impact of varying external and internal temperatures. This not only improves battery efficiency and extends battery life, but also ensures the battery system’s stability and safety.

The CT6 Plug-In can be fully charged in five hours or less using a regular 220V charger. Owners can check the charging status via OnStar or the MyCadillac app.

The Regen on Demand system innovatively works with an iBooster to recover braking energy right after the driver releases the gas pedal. The system also uses paddle shifters to adjust between four levels of braking intensity, for enjoyable handling while efficiently recovering energy.

The driver can select one of three operating modes: Cruise, Sport and Hold. The Cruise mode is perfect for daily commutes thanks to its balanced comfort and handling as well as maximized energy efficiency. The Sport mode matches more aggressive gas pedal response with agile steering, delivering dynamic performance for overtaking or handling winding roads. The Hold mode is especially useful for long-distance highway driving, storing energy that can be used later under the Cruise mode in heavy urban traffic.

The CT6 Plug-In adopts the CT6 family’s bold, forward-looking styling. Its spacecraft-level lightweight body design is crafted from 11 composite materials, with over 57 percent of body materials made from aluminum.

The comfortable interior is supported by more than 20 standard features. They include the Enhanced Safety Strategy (ESS) package and OnStar 4G LTE with a built-in Wi-Fi (Car-Fi) hotspot.