City-By-City EV Adoption Rated In California For Top 30 Cities, The Highest At 18% 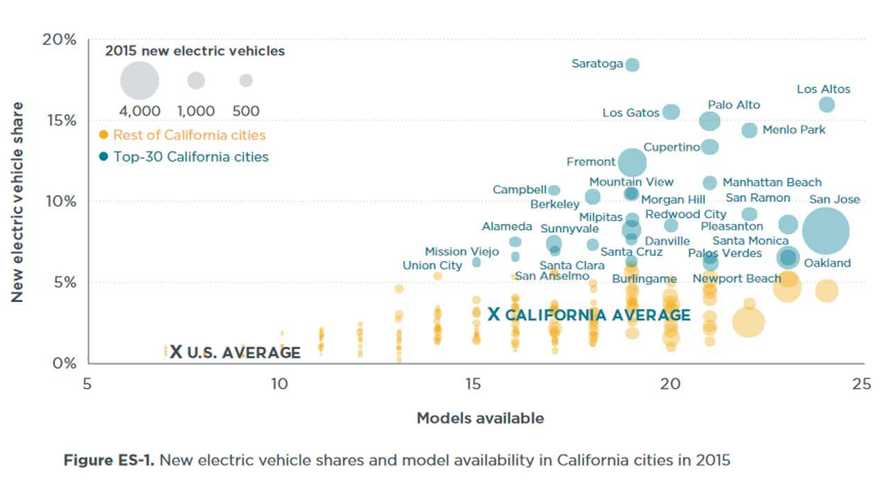 An interesting new report presenting an analysis of EV uptake rates in 30 California cities with the highest rates of EV penetration was put out recently by the ICCT,

California is one of the US regions with state incentives on top of $7,500 federal tax credit, but also very important to EV adoption in the state is the charging infrastructure, and various other local factors like simply a plug-in model's availability.

It's pretty meaningful that EV market share in the top 30 cities in California varies from 6 to 18%. With 18% being nearly 1 out of every 5 new cars sold Saratoga.

Based on their analysis, the authors conclude: