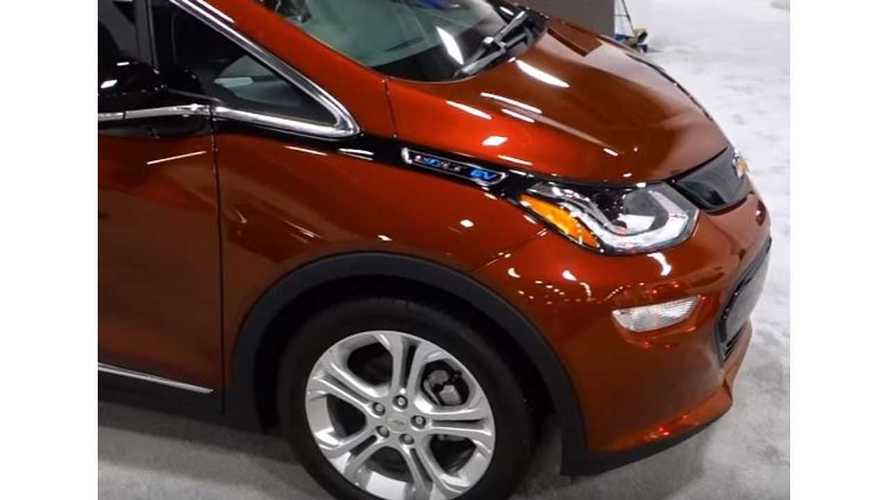 The Chevrolet Bolt adds to its list of accolades, earning "Car of the Year" from the Detroit Free Press. The publication said:

"'Game-changer' is an overused term, but sometimes the game does change ... If the Bolt isn’t the vehicle that makes electric power and autonomy part of mainstream American transportation, it’s hard to imagine what will."

Now that's definitely a quote that we like to hear. With all of the awards and positive press, more of the general public is already well aware of the Bolt, and that's just exactly what needs to happen. Let's just hope that the momentum keeps spiraling forward.

The Freep believes that the Bolt can change the way people think about today's transportation. Being that it is the first affordable electric vehicle to have enough range to appeal to the masses, and it is versatile and roomy, it has all the right tools to make an impact. The crossover segment is booming, and people today are all about space, utility, and safety. The "fun to drive" part, and the part about "being a part of something really cool" are an added bonus.

This all comes shortly after it was unveiled that autonomous Bolts will be tested on Michigan roads. Yet another way to get them in the public eye, and to "sell" the self-driving concept to the masses.

The Bolt removes consumers' biggest obstacles from the EV equation. No longer can a buyer say that the car costs too much or doesn't have enough range. This was General Motor's goal with the new vehicle, and it has opened the door for more automakers to follow suit.

Before long, you will be able to get a Chevrolet Bolt EV throughout the U.S.