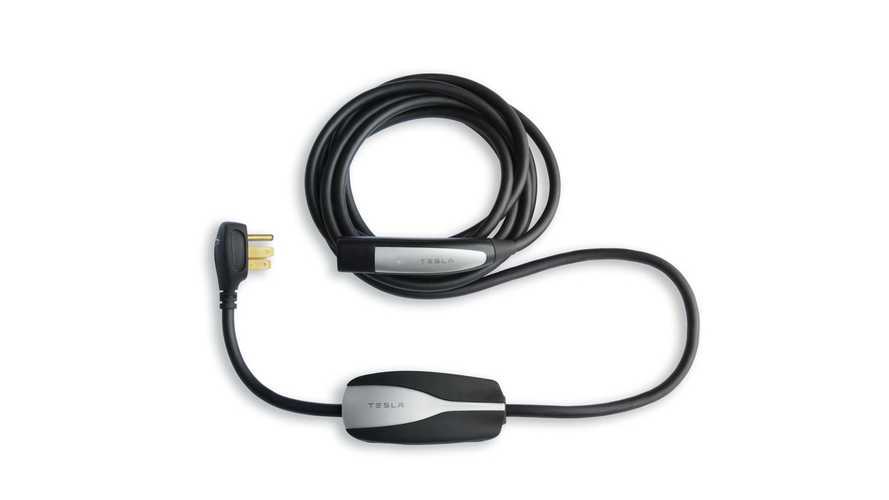 About a month ago, we reported that Tesla had updated its Wall connector and reduced the price. This was just after the new Tesla Model S refresh debuted.  Now, we are seeing the same idea with Tesla's Mobile Connector. It is $100 less for the updated version.

Tesla's Mobile Connector bundle was listed on the Tesla website for $650 in the past. It includes the connector as well as the storage bag and two different adapters. The newly updated product is $550 for the same bundle, but there is also a $520 version without the adapters.

The update appears virtually the same as the original except it has no indicator light and has an added push button.

A Mobile Connector is included with every Tesla purchase. A user may want additional connectors for different locations, however, a single one left in the vehicle will likely suffice. It is not a necessity.

The Corded Mobile Connector has an integrated 240 volt 50 amp rated plug for high power output. A seamless design provides a low profile connection, allowing for use with covered outdoor outlets.