7 Features We Might See In Upcoming Tesla Model Y 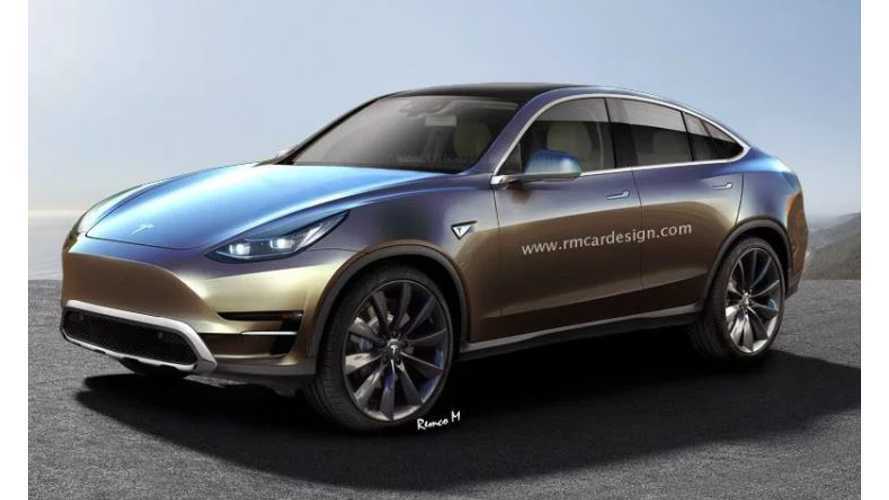 We can all speculate as to what we might see in Tesla's upcoming Model Y, but what we know is that the Tesla Model Y will be a sort of mini SUV/crossover, built on the Model 3 chassis (not unlike the relationship shared between the Model S and Model X).

Now, Business Insider has compiled some of Tesla CEO Elon Musk's many comments, to get an idea of what to expect.

Musk once said that the Model Y OR Model 3 may share the Model X falcon-wing doors, especially since the "bugs" have all been worked out.

However, even though the doors seem to be mostly working as planned, there is still some stigma among consumers, so it may not be the best marketing scheme. They are truly eye-catching though and convenient. Interestingly, Musk deleted the original comments concerning the doors on future models.

Having a solar roof as on option on Tesla vehicles is not something that Musk has tried to hide. He said that they may indeed be an option on the Model 3, which means that it will probably forward to the Model Y and future models.  Today one can find a solar roof on the new Toyota Prius Prime in some regions, and also the Karma Revero which arrives this quarter.

Karma Revero has a 200 watt-rated solar roof, good for "up to 1.5 miles of electric range per day, depending on weather conditions.”  But the larger draw for owners might just be that its "cool" to have.

One can only assume that Tesla is doing everything it can to assure that the Model 3 can compete with the Chevrolet Bolt's 238-mile range. As  time goes on, range gets even better, and Tesla always offers more than one battery option for each of its models. So, the Model Y is bound to have a range beyond 238 miles.

Think Tesla will allow the Chevy Bolt's 238 mile range to out distance the top-of-the-line Model 3, or future Model Y? We doubt it.

Cargo space is key, as Tesla has already made adjustments to increase space in the Model X and Musk assured that the Model 3 seats will fold down. The Bolt - obviously being the long-range electric car that everything will be compared to for now - boasts a crossover configuration with lots of utility and versatility. Tesla needs to match that.

Many people believe that the Model 3 will house Tesla's first heads-up display, since the prototype was lacking any sort of instrument cluster or gauges. If so, the Model Y would likely follow suit. In the next few years, we will be seeing more head-up displays among many automakers, so it just makes sense.

All Tesla vehicles coming off the assembly line now have full self-driving hardware and the software is well underway. By the time the Model Y comes along, pending regulatory approval, all Tesla vehicles should already have full autonomy in place.

The Model S and Model X are similarly-priced. Of course the X costs more, but the two are in the same realm. If the Model Y will be the SUV version of the Model 3, like the X is to the S, we can assume that Tesla Model Y pricing will be similar to, but a little more than the Model 3.