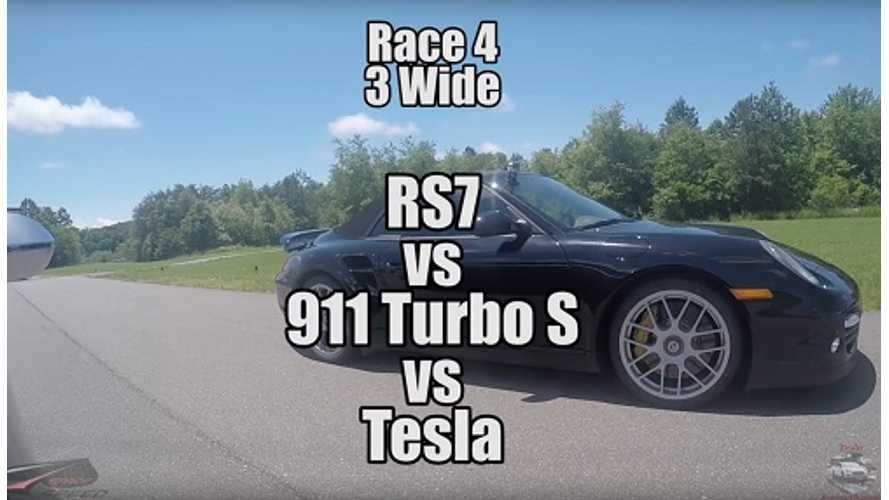 As one can see from the video, it turns to be one of the rare occasion when Tesla didn't win the 1/4 mile races, but the 1/8th miles were a bit of different story.

"The most epic race to date on Tesla Racing Channel, partnering with Spade Speed we bring you an amazing 3 wide race (at a local airstrip) with some of the baddest all-wheel drive cars around. Featuring a stock 2011 Porsche Turbo S, an APR Stage 2 2015 Audi RS7 and our 2015 Ludicrous Tesla Model S P85D. Each car took on one another from a dig, with the 1/8th mile and the ¼ mile marked off. Then the epic 3 wide race happens. The first time the Tesla didn’t use the fastest mode but still almost stayed with both of the other supercars but on the second 3 wide race it was a show down to the finish line."