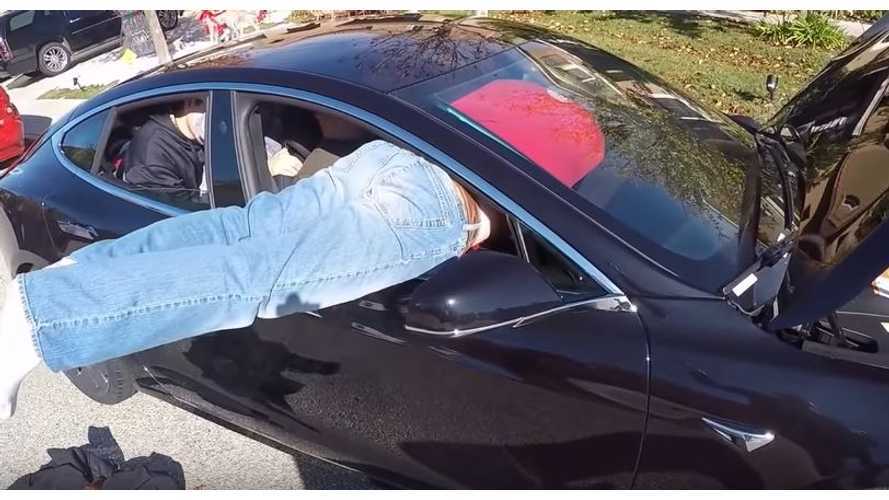 Endurance driver Carl Reese holds multiple Guinness World Records, but this particular attempt at a new record is unlike his other that typically involve driving for days on end.

This Guinness World Record attempt seems a bit easier than driving coast-to-coast in a Tesla Model S in under 58 hours.

What's the record attempt? Well, it's rather simple. Cram as many people as possible into a Tesla Model S P100D. Or, officially:

"The most people stuffed into a Telsa Model S P100D"

We're not so certain this will become a certified Guinness World Record, as rules state all participants must be 18 years of age or older and at least 5-foot tall, but still it's entertaining to watch all these people wedge their way into the Model S.