Chevrolet Volt Sales Rise 17% In May 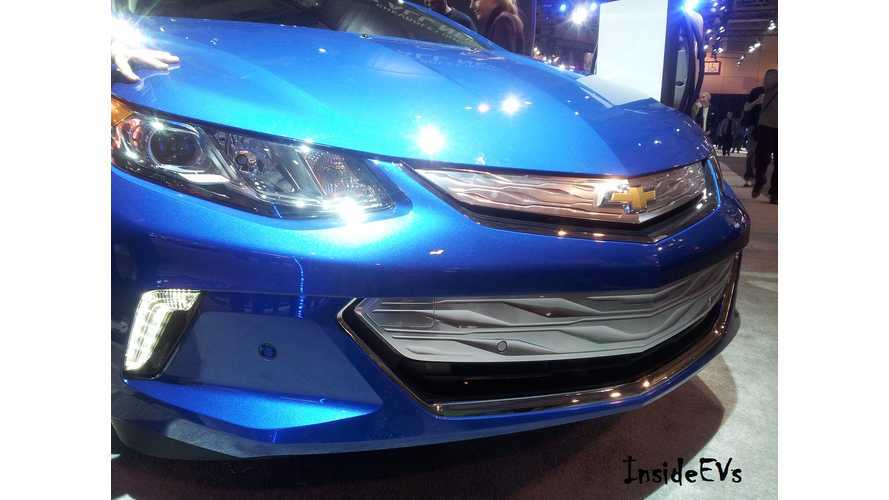 After setting a new year-high for sales in April, how would the 53 mile, extended range Chevy Volt do in May?  Almost as well.

Finally! Deeper Chevrolet Volt inventory is arriving to dealers in US (photo via Jamie H at Pohanka Chevrolet)

Once again this result was more than enough to put further distance between itself and the Nissan LEAF for the title of  "best selling plug-in in America".

Last month we lamented that the inventory level of the next generation of Volt was frustratingly low (and possibly holding back sales) despite a February 1st kick-off for 2017 model year production.

Fortunately, we are now happy to report that someone at GM was paying attention to the situation in May, and dealer stock increased by about ~25% by month's end.  Inventory stands at a little over ~4,100 entering June.

Still, it is hard to be too overly positive about this month's result. A 17.5% sales gain versus a year ago is a relatively tepid result, considering it is just a slight improvement against the first generation model's sales in May of 2015 - and at a time when the car buying public was already looking ahead to the Fall 2015 release of the new model.

Also during the month, GM sold 45 Cadillac ELRs as the remaining inventory of the now out-of-production luxury car (based on the first generation Volt) dwindles, while the Chevrolet Spark EV continues to enjoy its now 'almost free' nature to the under-employed in California (thanks CVRP) and sold 394 copies.

Of note:  We'd like to take a moment to shamelessly promote InsideEVs contributor - David Murray's pretty great video review on the 2017 Chevrolet Volt - watch it here!

Separately this month on the Volt, and other GM electrification news:

With production of the Cadillac ELR wrapped up in Hamtramck, Michigan, only a few copies are left unsold

*- GM introduced a new color choice for the 2017 Volt this month (details above), which is think is kinda...um, special

*- we 'shook the tree' and found out that the 2016 Chevrolet Spark EV will end production this August in South Korea, possible to make way for the upcoming Bolt EV

*- Cadillac ELR production confirmed discontinued this past February, only a few copies left to buy on dealer lots