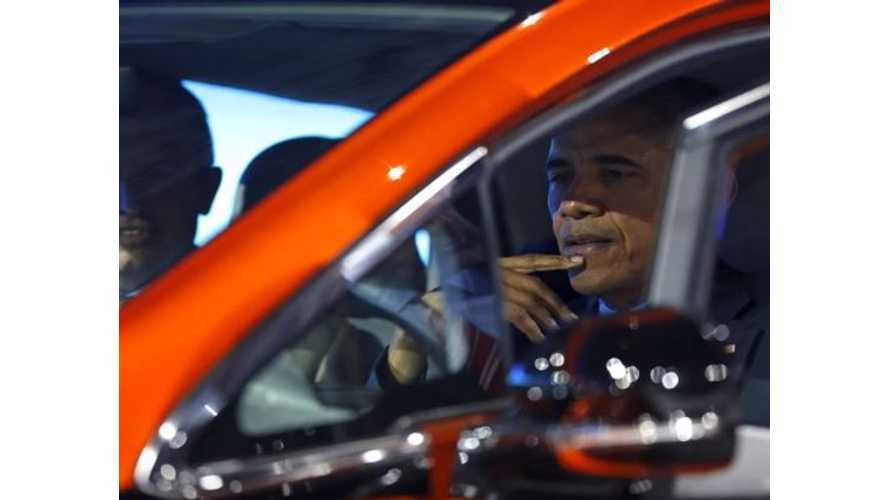 Chevrolet Bolt EV wins the 2017 Green Car of the Year Award. The Obama administration wants to assure that "green" cars are here to stay.

President- Elect Donald Trump has made promises to greatly diminish federal regulations on U.S. businesses across almost all sectors.  However, now in its final days, the Obama administration is racing to put regulations in place (some of which affect green car initiatives, like those that deal with fuel-efficiency) that will not be easy for Trump to quickly adjust back or lessen.

has been an advocate for vehicle electrification for years, Before taking office, his personal car was a a Ford Escape Hybrid.

“Getting rid of these rules isn’t something Trump can do with the stroke of a pen on Jan. 20. A lot of these rules can be with us for a long time, even if the administration is actively opposed to them from Day One.”

Trump hasn't made his views about EVs or fuel efficiency public yet, but he has vowed to "bring back fossil fuels."

The Environmental Protection Agency (EPA) had until 2018 to review and finalize its standards for emissions. However, in December, the agency decided to meet and ruled to keep standards for 2022 to 2025 in place.

Meanwhile, most all major automakers are lobbying for the Trump administration to lower emissions requirements and fuel economy regulations. Ford CEO Mark Fields will be meeting with Trump in a plea to get EPA emission requirements reduced, since he believes that consumers have no interest in hybrid or electric vehicles.

Since 2012, the EPA and the NHTSA have worked together to assure that standards are coordinated. This situation will indefinitely create conflict between the two regulators' rules.

“Anything related to greenhouse gas emissions and fuel efficiency is probably going to be on the chopping block.”

However, he added that unless congress "intervenes," it will take Trump at least a year to get anything changed that the Obama administration is currently setting in place.

There has also been speculation as to what Trump's administration will make of self-driving car regulations. If he plans to "deregulate" most everything, it could be good for autonomous vehicle adoption, but not necessarily for impending safety concerns. Only time will tell how it will all play out.