First Personal VTOL Flight Vehicle By 2018, And Its Electric (video) 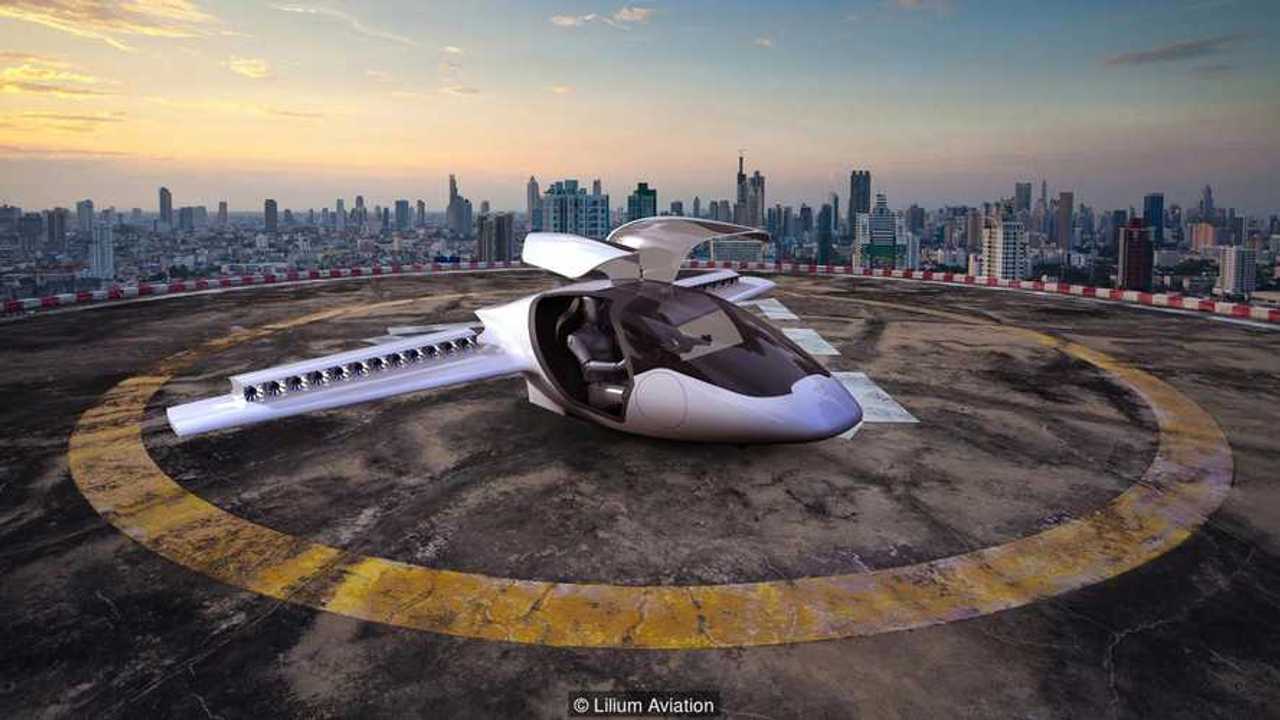 The dream of the personal flying vehicle has been around since the dawn of the airplane and science fiction itself.

Personal freedom in aircraft could arrive by 2018...in some form or other

Thanks to advancing battery and computer technology, Lilium Aviation says its Lilium Jet could make that dream a reality by 2018...and that timeline has to be real because the company has a countdown timer right there (halfway down) on its website.

The Lilium Jet, is an electric, personal aircraft that seats two and is propelled by 320kW battery-powered fan motors.

Not only that, it is a VTOL plane, so it requires only a open space of just 225 square meters to take-off and land...so you can just park it in your backyard.

Best of all, and unlike a helicopter, not only is it much quieter in operation, the jet is "easy" to fly, as a computer controls all the tricky take off and landing aspect of VTOL.

The Lithium Jet would also be classed as a Light Sport Aircraft in Europe, meaning only a pilot’s licence requiring 20 hours’ minimum training would be required to operate.

If such a plane were to become a viable offering, it would be easy to imagine how autonomous technology could quickly take over most of the operation.

Lilium Jet - redefining the suburbs for the upper class, and getting you "where you are going" at up to 400kph/248 mph

A statement and press release was sent out via the European Space Agency (who also seems quite taken with the project) earlier this month:

“Our goal is to develop an aircraft for use in everyday life,” explains Daniel Wiegand, CEO and one of the company’s four founders.

“We are going for a plane that can take off and land vertically and does not need the complex and expensive infrastructure of an airport.

“To reduce noise and pollution, we are using electric engines so it can also be used close to urban areas.”