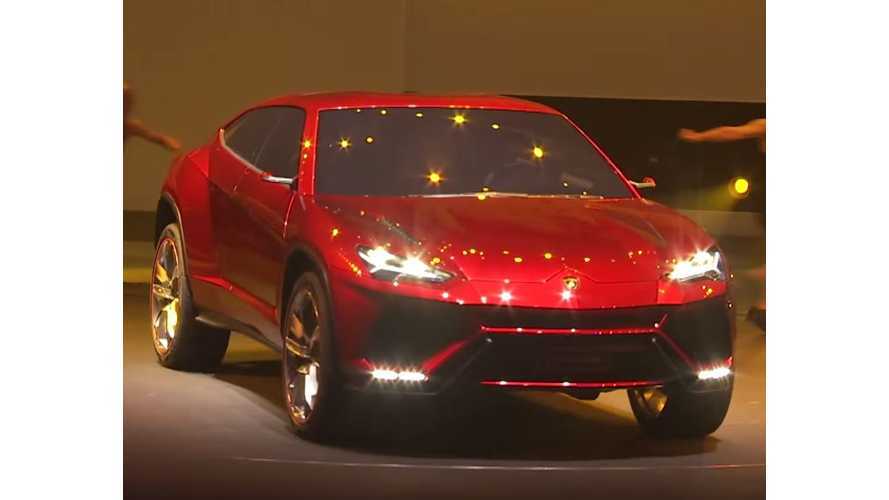 Coming straight from Lamborghini Research and Development Director, Maurizio Reggiani, the company is moving forward with the Lamborghini Urus PHEV. The company's lone plug-in hybrid will go on sale in 2018.

“The design is pure Lamborghini. It has evolved considerably since the concept and the finished car is much better inside and out ...  We want to be a leader here and have a chance to change the rules of the game.”

He didn't explain exactly what leading technology the vehicle would project, nor any specifics on what developments had taken place. We will likely see it in its updated form sometime in 2017.

Although, Reggiani did say that turbocharging will be "completely mandatory," since the SUV is heavy and needs all the torque it can get. Lamborghini hasn't offered an SUV since 1993, when the seven-year run of the LM002 came to a close.

Unfortunately, his tone has not changed regarding the rest of the company's lineup. He explained:

“A supersports car is completely different; you need the responsiveness of the engine, to feel the spark of every cylinder. We will keep normally aspirated engines for our other models. They are still the best choice.”

The Urus will also come in a twin-turbocharged standard ICE configuration, with a 4.0-liter V8. It shares a platform with the Audi A7 and the Bentley Bentayga. Reggiani noted that R&D's primary focus is on the handling of the SUV. This is critical, similar to the mention of turbocharging, due to the vehicle's weight and footprint. He said that weight, power, and aerodynamics are of the utmost, as Lamborghini moves forward.