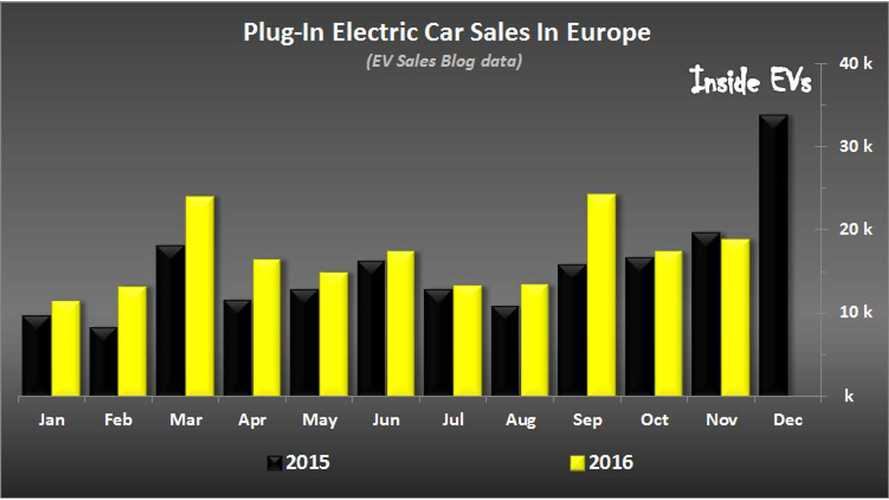 Total sales for the month amounted to about 18,700, which is technically down 5% year-over-year, but a year ago November's results was one of 2015's best...and those end of 2015 numbers were inflated by incentives/tax changes in some countries.

The best selling model for the month of November in the region was the BMW i3 (2,092).

For the year three cars are significantly ahead of the rest:

Comparing regions, Europe is still well out performing the US, however the gap was closed on a few occasions in the Summer.

The expectation is that between December (2016) through March (2017), and then again in the Fall we will also see the US pull even, to slightly ahead, for a time thanks to demand for some mostly US-specific product:  Chevrolet Bolt EV, Chrysler Pacifica Hybrid, and extra allocation to the US from Toyota with the Prius Prime, with US specific Tesla Model 3 deliveries rounding out 2017.