Cost & Fear Are Holding Back Sales of Plug-In Electric Cars 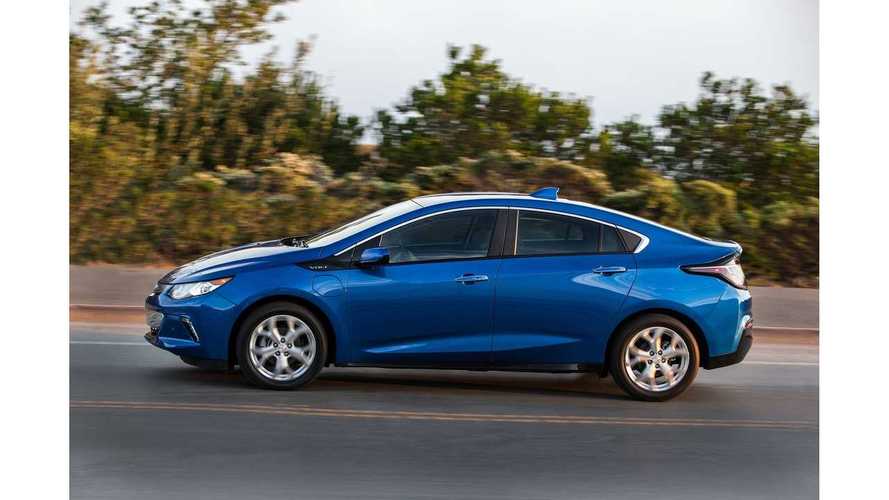 As we recently reported, the Chevrolet Volt and the Chrysler Pacifica Hybrid made the Wards 10 Best Engines list this year. Wards was very impressed with the "green cars", mostly due to outstanding performance, paired with efficiency. In the mix of the Ward's testing this year were eleven electrified vehicles. Wards believes that cost - and moreover "fear" - are deterring sales of plug-in electric cars.

If recent Chevrolet Volt sales success even partly transfers to the Chevrolet Bolt EV, it will mark a substantial step forward for EVs

This recognition from Wards is all good news, however, of the eleven tested, only three were picked. Two of these were plug-in electric cars (Volt and Pacifica) and one was a traditional hybrid (Honda Accord Hybrid). There was no fully-electric winner, but that makes sense, as only one was tested and very few even exist. The fourth "green" car to take a top spot, the Hyundai Elantra Eco, is not electrified at all.

Wards noted that the BMW 330e PHEV nearly made it in the top ten, and the Hyundai Ioniq EV received much positive mention, including excellent regenerative braking.

Despite low sales, when compared to traditional ICE vehicles, Wards noted that plug-in hybrid electric cars (data not including BEVs) are up 58.7% as of November this year, while traditional hybrids are off more than 10%.  Nearly all of the spike in sales is attributed to the new 2nd generation Volt's 58.5% sales leap over an older model.

The outfit notes that the 20,000-ish Volt sales still pales in comparison to Chevrolet Cruze sales, which are approaching 200K, but at the same time it seems that consumers have figured out that non plug-in hybrids are really not worthy, since for example the Honda Accord has sold over 300,000 Accords copies, only 6,000 of which have been hybrids.

Nonetheless, historically consumers have proved more apprehensive about buying vehicles that they need to plug in. Chrysler does not refer to its new Pacifica as a PHEV, but rather coined it a hybrid. It will be interesting to see if that makes a difference in the current market, especially when realizing the Accord Hybrid sales as mentioned above.

The Pacifica Hybrid hasn't been on the market long enough to make any impact. It is reasonably-priced, and practically a steal when considering the $7,500 rebate (MSRP of $41,995 - details, or effectively $34,495 after rebate). According to Wards, price may be a deterring factor, and more so in the past, but with amazing lease deals, and competitive prices like that of the new Pacifica, fear seems to still steer consumers.

There's no doubt that we live in a "plug-in, battery-operated, wireless" world. People just need to realize that with cars it is no different. Hopefully, the Volt will continue to push record sales, paving the way for the Chevrolet Bolt EV to find marked success, and the Pacifica will prove a major turning point for mass adoption of PHEVs.