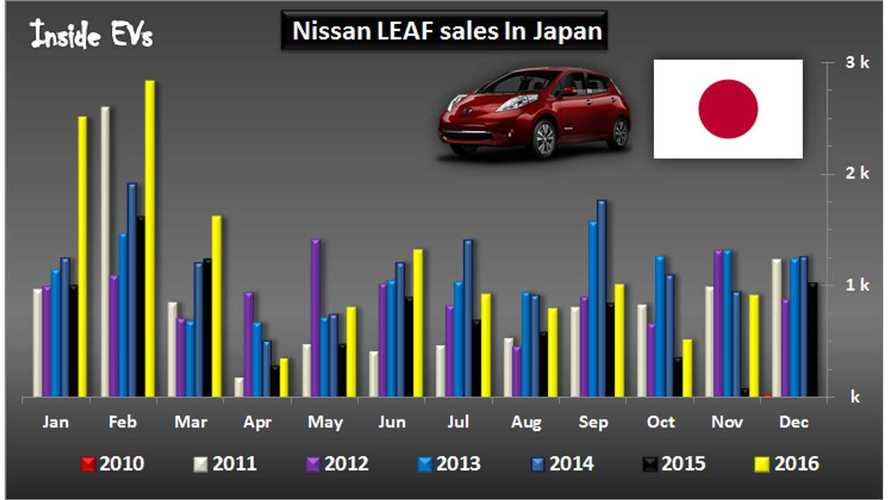 In other words, thanks to the introduction of the upgraded 30 kWh version of the LEAF (and Japan being relatively small when it comes to average distance driving needs), Nissan's EV will probably manage to set new sales record for the country this year.