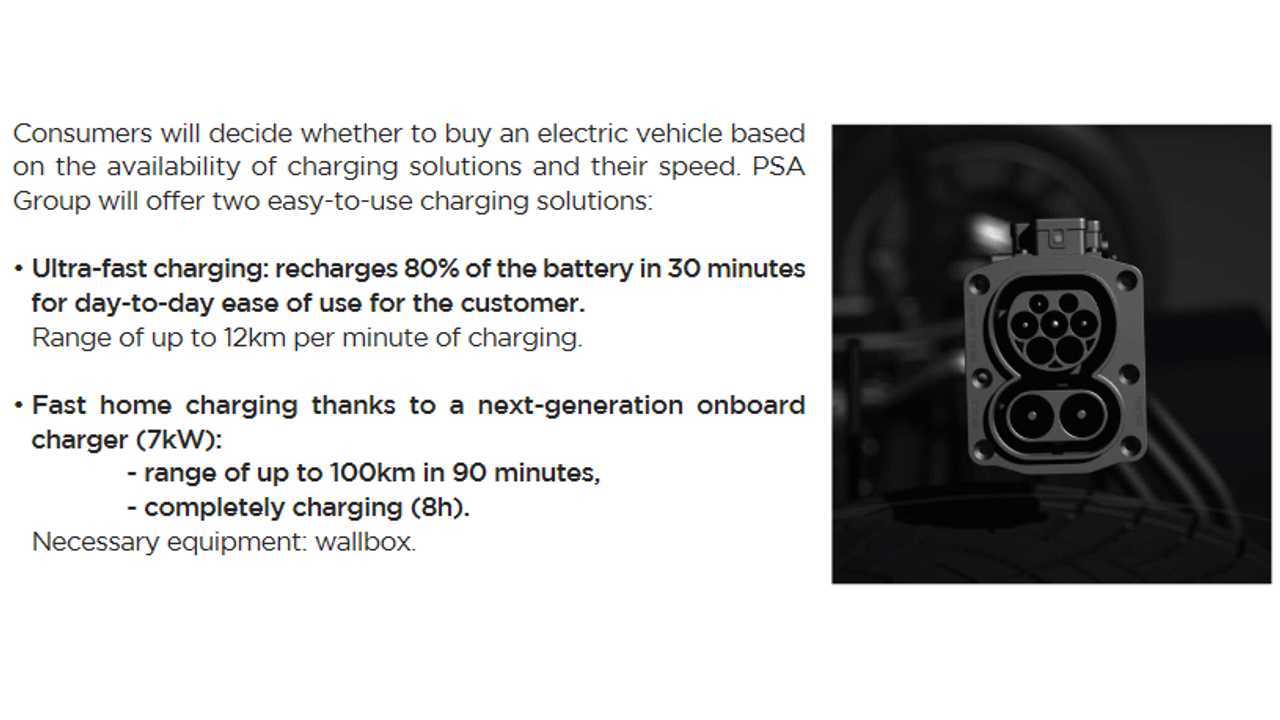 PSA brands (Peugeot and Citroën) recently announced a massive push into plug-in vehicles - four new electric and seven new plug-in hybrids cars, scheduled for 2019 - 2021,  Now the question is what standard of fast charging will be utilized.

But times changes, and more and more manufacturers (especially Euro-based ones) join CCS Combo every year.

PSA says of its new all-electric vehicles, arriving in ~3 years time, that charging to 80% is expected to take about 30 minutes, which is pretty normal by today's standards;  but we must remember that the new EVs from PSA will be equipped with ~50 kWh battery packs. That would require roughly 100 kW DC power to get the same job done over today's "city EVs" charging times.

Another curious way PSA is expressing charge times is 12 km/7.5 range replenished in one minute. 15 minutes would be then 180 km (112 miles).

Another defection to CCS doesn't sound too good for CHAdeMO-backers Nissan and Nissan.