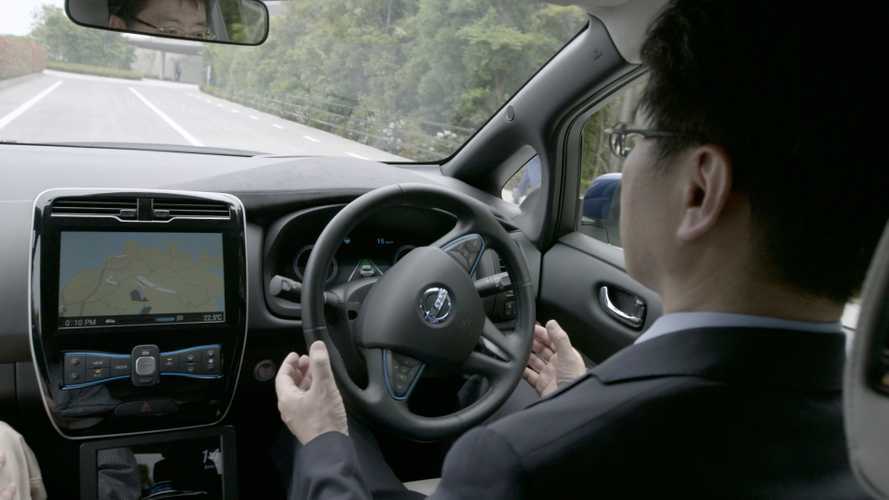 Nissan recently demonstrated its approach to autonomous driving at the Ise-Shima G7 Summit in Japan.

A special prototype LEAF has be outfitted with Nissan's future  ProPilot technology, which the company announced will be included in the production model later this year in Japan, and into the European and US models thereafter.

ProPilot 1.0 (check out full video on the swanky new tech below) will enable use in congested highway traffic conditions.

"The Nissan autonomous drive road session was one of a number of events planned during the Japan-hosted G7 Summit on May 26 and 27. The prototype vehicle, based on the Nissan LEAF, a 100% electric vehicle, was equipped with special features such as a millimeter wave radar, laser scanners, cameras, and a specialized HMI (Human Machine Interface) to support autonomous driving."

The first two innovative functionalities are:

Multi-lane driving for public use is still a full model year off for Nissan, but the company still holds 2020 as the year more fully autonomous driving will hit the public consciousness:

"By 2018, the company plans to implement a multiple-lane, ProPilot autonomous drive technology that allows highway lane change, while by 2020, the new technology will facilitate driving on urban roads, including intersections."