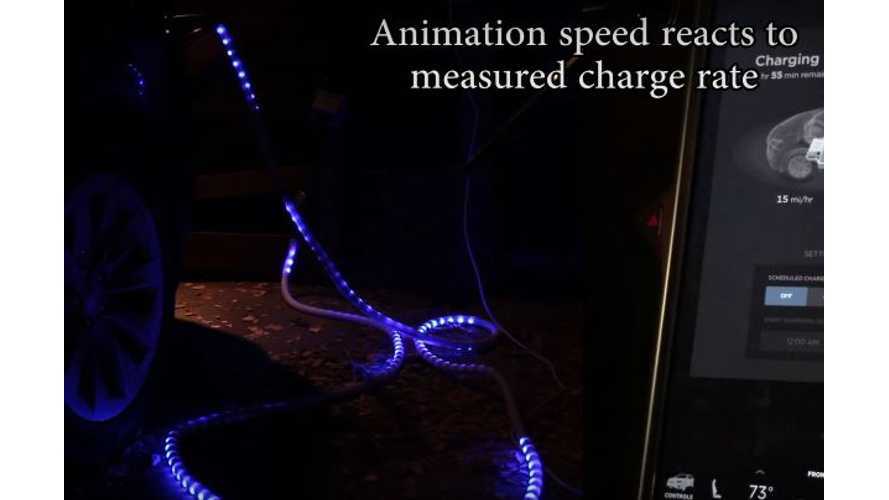 This animated, LED lit Tesla charging cable is beyond cool.

The work of ch00ftech, the lit charging cable actually reacts to the amount of current being drawn by the Tesla.

Ch00ftech set out to make this nifty device with these three criteria in mind (detailed on his blog here):

The end result is a almost magical charging cable that, at night, is sure to impress most anyone.

You'll find full details on how to make your own animated, LED lit charging cable here (note: though the video shows a Tesla cable, this setup will work on any EV cable, but beware that it's not been properly safety tested and looks a bit sketchy to us, so use at your own risk).