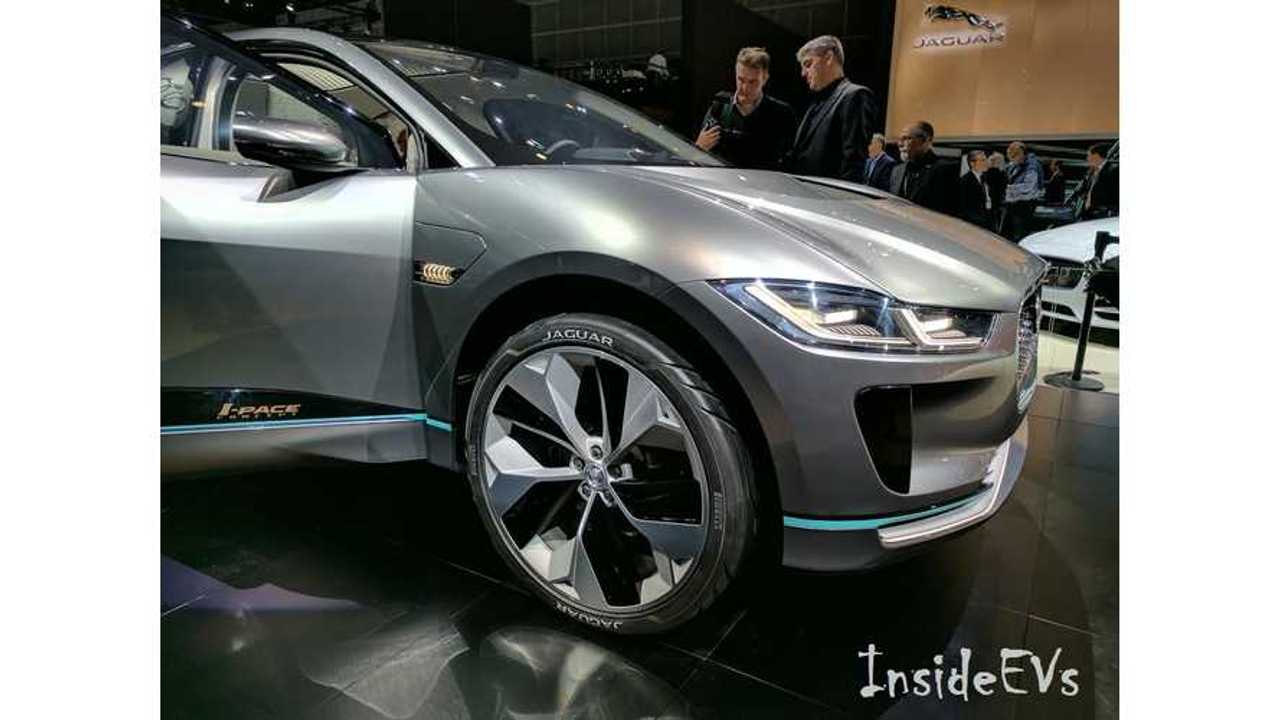 The 220-plus mile electric Jaguar I-Pace is apparently on track for production to begin in 2018.

Jaguar says that this production target puts the automaker ahead of the competition.

Ignoring the Tesla Model X (which Jaguar doesn't view as a competitor due to its larger size and very high price tag), Jaguar says the I-Pace will be the first premium electric crossover/SUV to hit the market. It'll beat planned electric crossover/SUVs from rivals such as BMW, Audi and Mercedes-Benz to market by approximately 2 years.

All this from an automaker that had shown almost no interest in electric vehicles until just recently.

According to Jaguar Land Rover CEO Ralf Speth, the automaker is “now in pole position for the EV era, with an early 2018 on sale date” for I-Pace. We should point out that "early 2018" is moved up from the previous statement of second half of 2018.

If true, then I-Pace will easily beat even the Tesla Model Y crossover to market.

Some additional previously released details on I-Pace include: