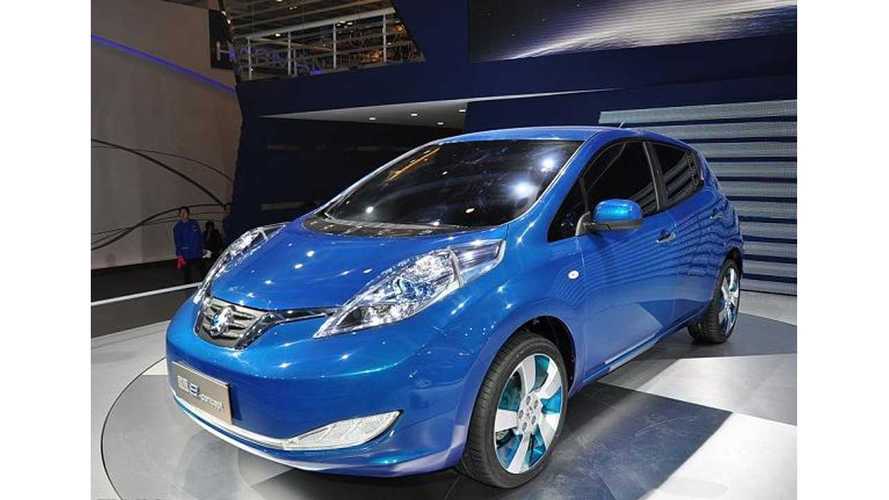 The electric car subsidy scandal continues to grow in China where an additional 20 automakers have been accused of defrauding the program, according to local reports:

"China has accused more than 20 additional car makers, including Nissan and Hyundai, of breaking rules on green car subsidies, according to a state media report, widening a scandal over a $4.5 billion annual payout program."

The scandal started with China's Ministry of Finance calling out five automakers for defrauding the program. The department issued severe fines and in one instance even revoked the license for one company to make automobiles in China. This initial round was limited to bus makers, but now the scandal include several more prominent automakers like BYD, Nissan and Hyundai.

"The scandal has cast a pall over China's drive to use subsidies to combat heavy pollution which affects large swathes of the country. This drive helped sales of electric and plug-in hybrids more than quadruple last year to 331,000 vehicles."

"China's official Securities Daily newspaper reported on Friday that there was a list of an additional 20 companies who were also found to have committed violations."

The majority of the accused automakers are being called out for over-reporting electric car sales in order to get undeserved subsidies from the government.

Reuters reached out to most of the accused automakers and the comments received were basically the same across the board. Here's Hyundai's comment:

"As we understand the government investigation is proceeding, we cannot comment on this issue at this stage."