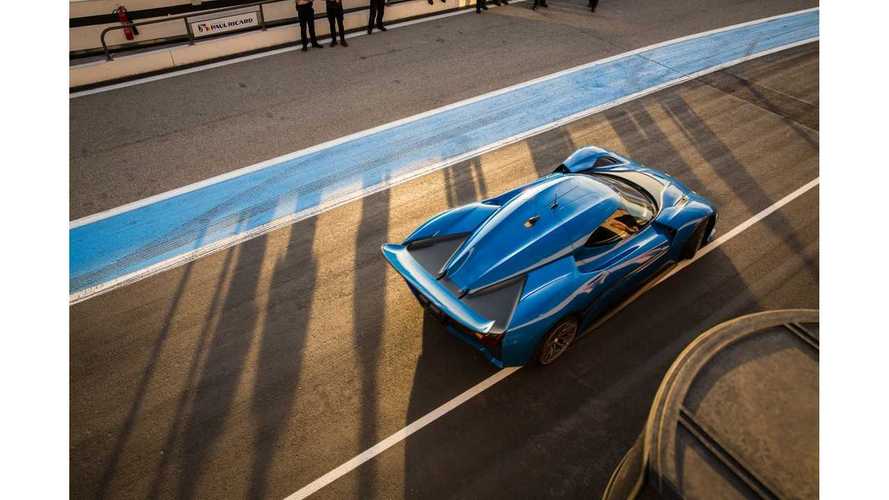 The NextEV's NIO EP9 all-electric supercar, which was unveiled recently in November, is the currently Nürburgring Nordschliefe EV lap record holder - with a time of 7 mins 5.12s.

But it will not be a common sight, as apparently only six of those track-only versions are to be made... for China. Although, we are hopefully there will be also a street-legal version in the future.

In the video above, there is an exclusive presentation of the NIO EP9 (specs below) with further detailing of the aerodynamics and (hard to miss) huge cooling intakes for the batteries. Also the breaks on the this 1 MW monster are the largest in the business.

Inside, as one might expect in a 'for the track' performance vehicle, there are just two-seats and a spartan interior with simple instrumentation.

"This is the new NIO EP9, both the launch of the NIO brand and the electric supercar itself from NextEV, the brainchild of Chinese businessman, William Lee. Marking a significant step into the future, I join the team during testing at Circuit Paul Ricard in France for an exclusive look behind the scenes during testing.

Boasting 1,360hp it reaches the magical 1 Megawatt of power, capable of over 300km/h and now holding the lap record for an electric vehicle at the Nurburgring Nordschleife with a time of just 7:05.

After spotting the car during testing at Bruntingthorpe, the team got in touch to invite me to join them in France during the car's outing, along with an opportunity to chat to a number of key people involved in then project including Design Director David Hilton and NextEV's Formula E drivers, Nelson Piquet Jr and Oliver Turvey.

A big thanks to those involved for inviting me along for this opportunity, it's wonderful to be able to share this exclusive look with you on the day of the brand's global premiere and launch in London."